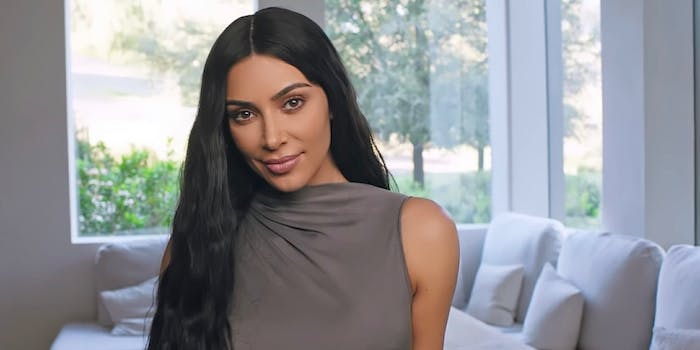 Kim Kardashian’s shapewear line Kimono is already getting called out

One step closer to having a butt like Kim K.

Kim Kardashian-West’s shapewear line Kimono Intimates dropped on Tuesday with the promise of “solutions for women that actually work.” But the influencer’s branded line is already facing a slew of criticism over its name and marketing.

Kardashian shared news of her Kimono Intimates shapewear line on Tuesday, plugging inclusive sizing from XXS to 4XL and a range of colors to blend with multiple skin tones. The brand name was trademarked last year, TMZ reported in May 2018.

“I’ve been passionate about this for 15 years,” Kardashian tweeted on Tuesday.

Finally I can share with you guys this project that I have been developing for the last year.
I’ve been passionate about this for 15 years.

Kimono is my take on shapewear and solutions for women that actually work.

The photos Kardashian tweeted with her announcement show multiple models with different skin tones and different styles of Kimono Intimates undergarments. However, all of the models look to be virtually the same size as Kardashian, which was just one issue people had.

“All these women are the same body type, would be nice if it was universal to [women] of all sizes instead of just one body type, it would actually be good marketing,” user @Celinalorraine_ wrote. “Just a thought.”

All these woman are the same body type, would be nice if it was universal to woman of all sizes instead of just one body type, it would actually be good marketing …just a thought

People also questioned the attempt at body positivity in light of Kardashian’s past. Some commenters joked about the weight-loss products Kardashian has previously promoted on social media and speculation of her cosmetic enhancements. Kardashian’s reluctance to share her history with plastic surgery has been a point of controversy for the reality star for years.

“Each outfit comes with its [own] diet tea and appetite suppressant lollipop,” one user teased.

Fans also took issue with the use of “Kimono” as part of the brand’s name. A Kimono is a traditional and cultural Japanese garment and, in Japanese, it’s pronounced “Kee-mono” rather than Kim-mono. The garment has been the subject of several cultural appropriation discussions, including when Katy Perry wore one in a 2013 performance.

“Why kimono?” Twitter user @califallingdown asked. “This has nothing to do with Japanese culture or tradition. Do you like the word and making women feel like their bodies have to conform to an unnatural shape?”

why kimono? this has nothing to do with japanese culture or tradition. do you just like the word and making women feel like their bodies have to conform to an unnatural shape?

“When appropriating Black culture is not enough… introduce Kimono,” @penguin_pants said. “You really are a culture vulture.”

When appropriating black culture is not enough…introduce Kimono. You really are a full culture vulture. #KardashianCultureVulture

Of course, there are still diehard fans who are excited by this release.

Kardashian said her line will be available to shop soon.