Khloe Kardashian is on OKCupid just like the rest of us

Khloe Kardashian has created a profile on OKCupid

If you’re looking to date Khloe Kardashian, you better step up your game on OKCupid.

Fresh from her breakup with NBA star James Harden, Kardashian has apparently created a profile on the popular online dating service in what has to be either a social media experiment or a clever bit of viral marketing.

Kardashian shared the profile with her fans on her subscription website. In her profile, she is shown with her head tilted to the side and smiling, which according to a recent study, is the perfect dating profile picture.

Kardashian lists her hobbies as, “Working or hanging out with my nieces and nephews: Penelope, Mason, Reign, Saint and North!” I just hope that Auntie Khloe is teaching the kids to tweet, so North doesn’t have another embarrassing incident. 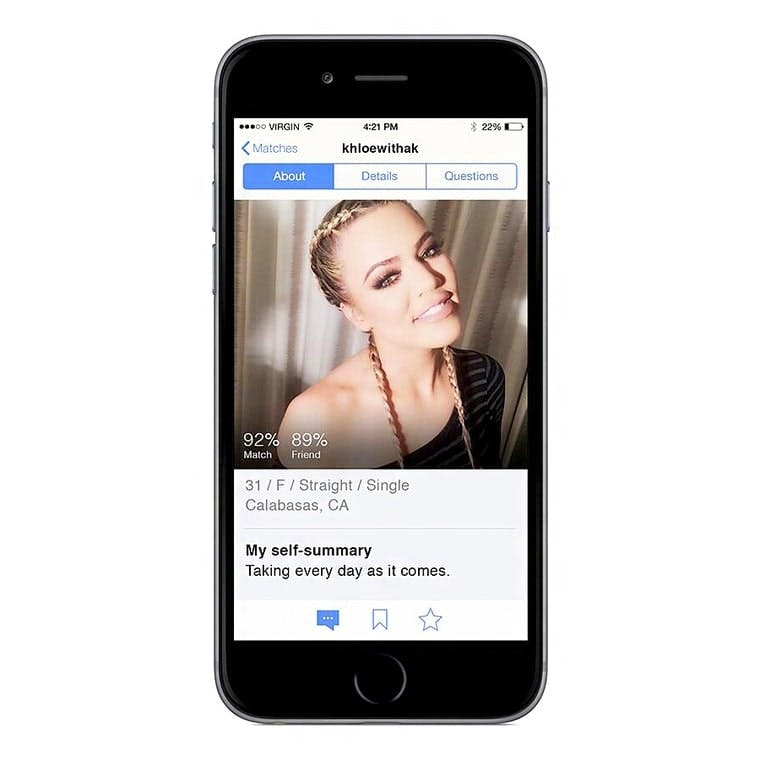 Whether you love her, hate her, or love to hate her, we can all agree that it has been a rough couple of months for Kardashian. Back in October, her estranged husband, Lamar Odom, was found unresponsive in a Nevada brothel. Kardashian has been by Odom’s side through his recovery, leading fans to speculate that they would rekindle their romance. Khloe’s dating profile seems to put that assumption to bed. Why Khloe didn’t just get VIP status on Tinder is unclear, but we look forward to seeing this experiment play out in the tabloids.