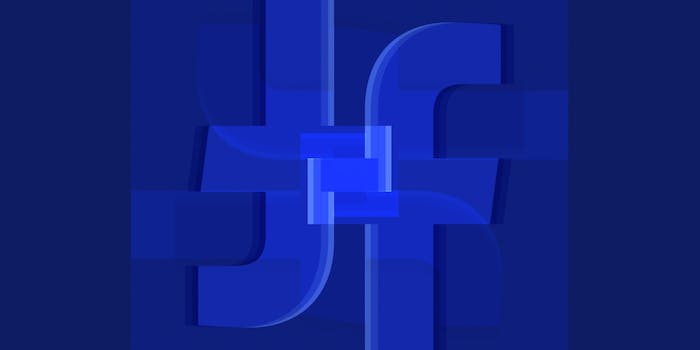 The kGoal is a pelvic muscle device that's apparently too NSFW for Facebook.

Is an advertisement for a tool that strengthens the pelvic floor muscles after pregnancy the same as penis enlargement pills or a pickup artist handbook? It is if it links to a website that also sells sex toys, according to Facebook.

The company has rejected a series of ads for kGoal, a high-tech device for “pelvic floor fitness,” on the grounds that it violates the company’s ban on promoting “adult products or services.” The issue is that the kGoal ad campaign linked to its parent company’s website, which also sells vibrators, according to a Facebook spokesperson. Indeed, Minna Life, the San Francisco start-up that produces kGoal, sells two award-winning vibrators. The company’s CEO is critical of Facebook’s decision, citing the ways that policies like this one further marginalize companies that address sexual health.

The kGoal is a palm-sized tool that is partially inserted into the vagina to assist with Kegels, an exercise in which the pelvic floor muscles are repeatedly squeezed and released. Essentially, it’s strength-training for this important muscle group that can weaken with age and pregnancy, causing truly painful and embarrassing side-effects, including incontinence. The device offers two different options for receiving feedback: either through vibration of the kGoal’s arm, which extends outside of the vagina, or a smartphone app. This is important because research has shown that many women actually don’t perform Kegels correctly and that biofeedback helps improve technique. 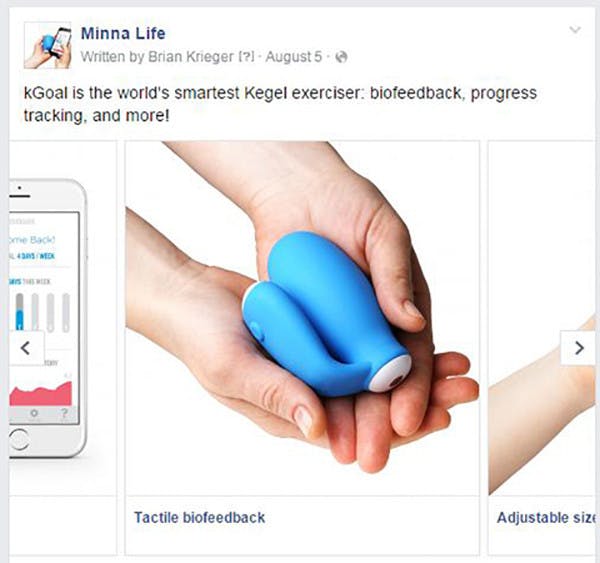 “These are such meaningful, quality of life drivers,” says CEO Brian Krieger. “If you release urine when you sneeze or laugh or you can’t go for a run anymore because you’re worried about bladder control issues, that’s a big deal, that’s a big part of your life.”

The ads, which were targeted at women over the age of 25, featured images of the small blue device accompanied by such salacious ad copy as, “fun, guided workouts,” “tactile biofeedback” and “progress tracking with the free app.” Gulp, “fun workouts”—it’s practically the script from “Fifty Shades Darker,” am I right? Minna Life may sell vibrators, but the kGoal is an entirely different kind of product, according to Krieger.

“It’s very much not a sex toy,” he said. “It’s a personal health fitness product.” 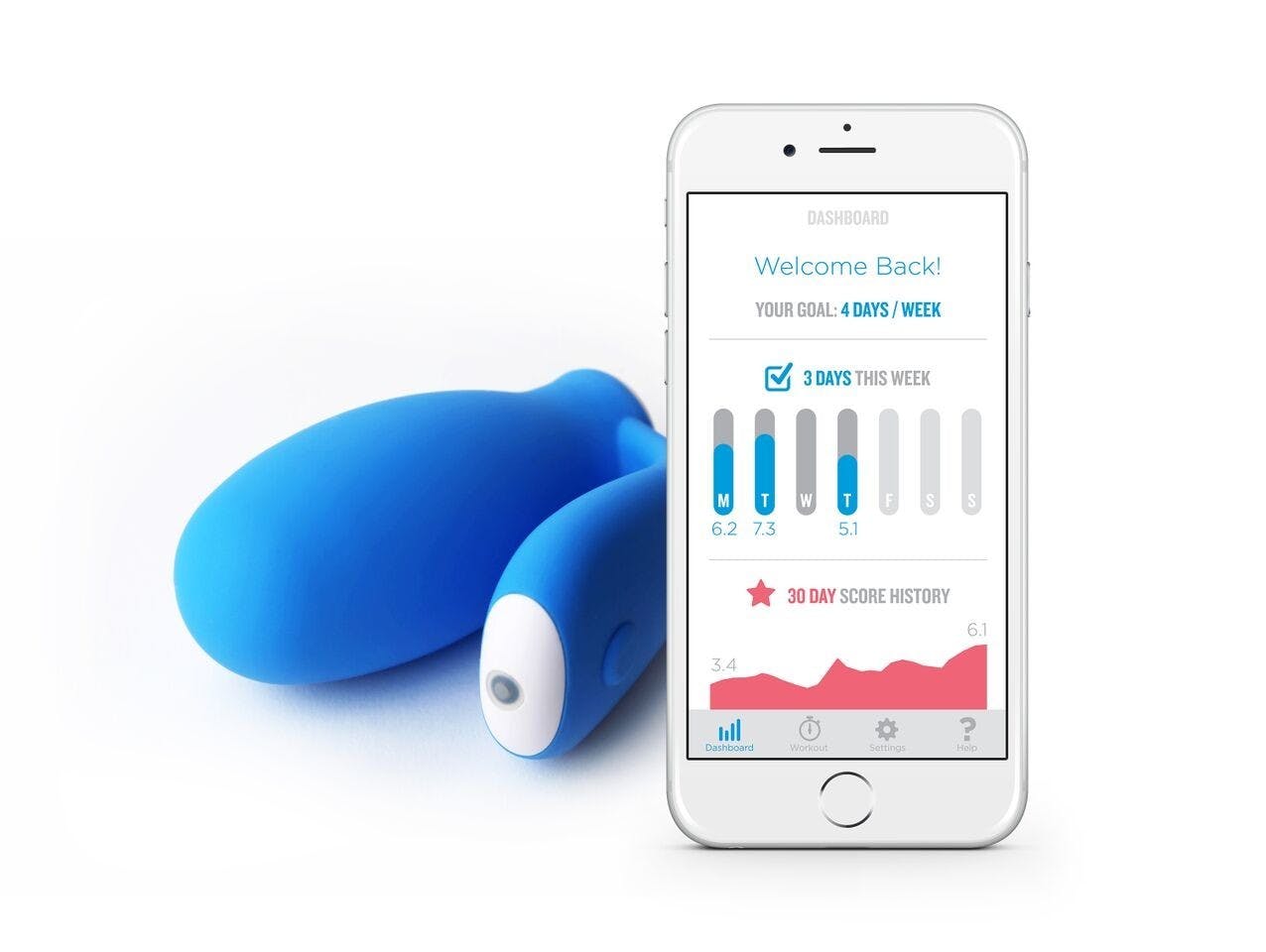 It’s true that Kegels are often touted as a way to improve a woman’s orgasms. Indeed, research has found at least a correlation between the strength of a woman’s pelvic floor muscles and her ability to achieve orgasms. The potential sexual benefits, however, aren’t something touted by kGoal in the submitted Facebook ads or even on its website. In fact, its site features a video not of ecstatic lovemaking, but rather a pelvic floor therapist offering sober instruction on using the device.

More important, the potential benefits of Kegel exercise are not strictly of the orgasmic variety but extend to women’s overall health. (Of which sex is a really important part!) Kegels are often recommended by doctors to prevent incontinence. They are also advised as a means of preventing or stalling pelvic organ prolapse, a condition that is nearly as common as it sounds gross: It’s when organs like the bladder or bowels, protrude into the vagina, often as a result of the weakening of the pelvic floor from childbirth or surgery. (Sidenote: I am doing so many freaking Kegels right now.)

This seems to imply that kGoal is itself a sexual product. However, the real issue is that Facebook takes into consideration not only the website linked to by an advertisement but also the main focus of that website’s business, said a spokesperson in an email to Vocativ. In the case of these ads, the linked site is the dedicated page for the kGoal on Minna Life’s website, which does not show any vibrators but does display links to personal lubricant and “Afterglow Cleaning Tissues.” The company’s website also hosts product pages for its two vibrators, which are never referred to as such and are subtly marketed as providing a “perfect” or “spontaneous experience.” The spokesperson noted that Facebook’s ad policies are consistent across the globe and that ads in the “adult” category are more likely to upset international users.

In other words, it isn’t that Facebook said, “This goes in the vagina, must be sexual!” (A response that would be consistent with a culture-wide tendency to define and limit women’s bodies, largely by treating them as inherently sexualized—that female nipples must by definition be indecent or pornographic, for example.) Instead, the issue is essentially the kGoal’s proximity to vibrators.

This is emblematic of the challenges around selling sexual products. It isn’t just that such companies face Olympian hurdles in doing business—including unfriendly advertising venues, banks and payment processors. It’s also that “mainstream” companies are discouraged from venturing into anything sex-related, lest they taint any of their other products (and, similarly, “adult” companies are discouraged from venturing into “mainstream” products). This pushes businesses that touch the topic of sex to the sidelines.

“As long as you bow to society’s prejudice, you are marginalizing yourself and you will never do the business you want,” she said. “Take yourself out of the shadows.”

Krieger is trying to do that in his own way. “We are a sexual health company and all of our products are tools to promote sexual health and happiness,” he says. “Sexual health is a hugely under-addressed element of life for many, many people and this type of policy exacerbates that problem and does a disservice to the millions of people who could have happier, healthier lives if they had access to information and tools to improve their sexual health.”