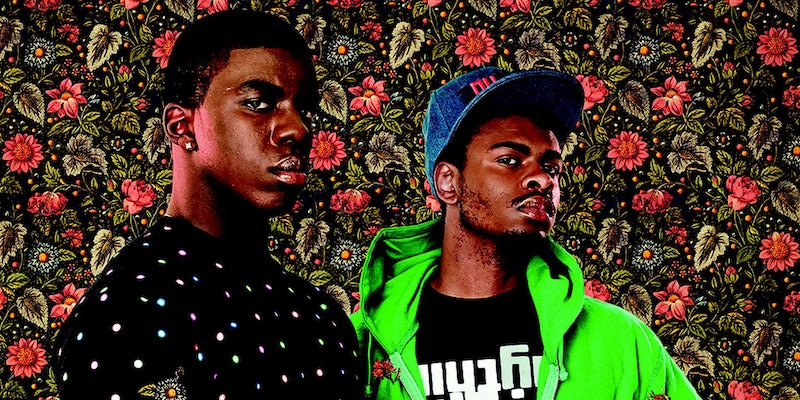 African artists are collaborating to raise awareness of gay rights in the region.

The Kenyan artist Wangechi Mutu has launched an LBGT-friendly project called Africa’s Out!, “a dynamic, far-reaching platform to initiate, create, and make happen the radical ideas that change the way we ALL engage with Africa and, more specifically, the way Africans reach out to empower one another.”

The platform offers the work of globally recognized artists for sale in order to fund LGBT rights organizations in East Africa. It’s designed to raise awareness of the obstacles facing the LGBT community there, including virulent anti-gay rhetoric by religious leaders in the region, as well as legal actions taken to criminalize homosexuality.

The organization staged a fundraiser last Friday for UHAI-EASHRI, the East African Health and Rights Initiative, in New York City at the Gladstone Gallery. The money from the event and from art sold on the site will go to that umbrella group, which funds other LGBT groups throughout East Africa.

But what’s the connection between art, New York, East Africa, and gay rights? As Mutu explained to the NYC publication Bedford+Bowery,  those who attend an Africa’s Out event or interact with the platform will hopefully “understand where gay rights are in east Africa and do something that actually makes an impact.”

Mutu’s project was inspired by both her friend Binyavanaga Wainaina’s coming out, as well as several draconian anti-gay laws that recently passed in African legislatures. For instance, Nigeria recently made same-sex relationships punishable by 14 years in prison. Uganda also made “aggravated homosexuality” a crime punishable by life imprisonment.

Africa has seen a disproportionate amount of anti-gay action, inspired in large part by its evangelical heritage. Recently, Kenya’s Weekly Citizen newspaper published a list of “top gays” in the country, a tactic used often by Ugandan newspapers. David Kato, a Ugandan gay civil rights figure, was beaten to death with a hammer in 2011, shortly after his photo appeared in the Ugandan tabloid.

While attending church services, Kenya’s deputy prime minister, William Ruto, also declared there was “no room” for homosexuals in his country. The country’s religious authorities are also spreading the hate, with Kenya’s archbishop Eliud Wabukalah speaking out against the recognition of gay civil rights group in the country.

But even though Africa’s Out is based thousands of miles away from the political turmoil in Africa, the project will help raise global awareness in the fight for LGBT rights in Africa, according to George Barasa, a prominent LGBT activist, journalist, and musician in Kenya.

“This struggle is for us all,” he said, “and it is our obligation to create public awareness by opening our hands and joining them together with Africa’s Out for our objectives to become a reality.”

Photo by Kehinde Wiley via Africa’s Out