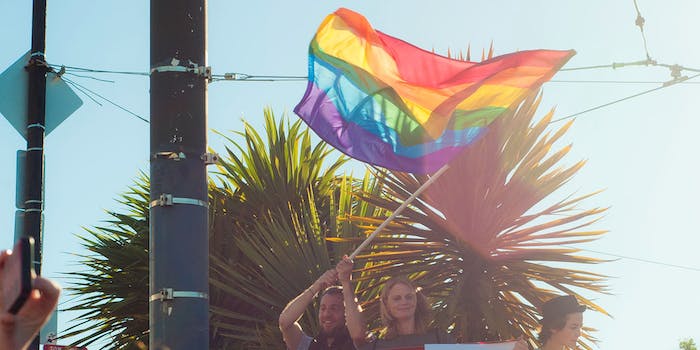 Kenneth Lewis has been fired as Florida assistant state attorney over inflammatory remarks he’d made about the Orlando shooting.

Lewis, who posted his controversial statement on Facebook, was initially suspended from his position. The prosecutor called downtown Orlando “a melting pot of [third] world miscreants and ghetto thugs,” slamming the neighborhood and calling the entire city a “national embarrassment.” Those remarks were repeated and expanded on Twitter, in a series of scathing tweets that appeared to only further implicate Lewis.

State attorney Jeff Ashton announced Lewis’s termination, explaining that his posts violated social media protocol. Despite his online presence clearly proving to be a liability to his career, Lewis nonetheless tweeted about his firing on Thursday:

I just got fired for a Facebook post after 20 years as a prosecutor. The founding fathers would turn in their graves. God help this country!

Those who are surprised that such a prominent figure in Florida politics would be so emboldened to say such controversial things online may not be aware of Lewis’s past social media controversies. He first came under national scrutiny in 2014, following a Mother’s Day Facebook post that was anything but appropriate.

Prior comments may have contributed to Ashton’s decision. According to ABC News, the state attorney had this to say about Lewis’s firing:

Whether you intended to convey that all those who attend nightclubs are animals (the zoo reference) or whether the reference to ‘debauchery’ was meant to express some objection to the lifestyle choices of those who attended this club, we will never know. I cannot believe that a man of your intelligence would not realize that your comment could bear that interpretation. I can no longer defend you as a prosecutor free of bias.

Regardless of whether the 49-year-old deleted his statements or attempted to clear them up, his posts still stand thanks to screenshots of their original iterations. Not that Lewis appears to be bothered by letting his controversial statements live on in such a manner.

Looking back at the past month of Lewis’ tweets over the course of June, it’s clear that the desire to exercise free speech is something so sacred that he’s willing to put his livelihood at risk for the sake of proving the point.

Lewis is suspended from his position as Florida assistant state attorney until June 30. After that, he’ll be formally terminated.