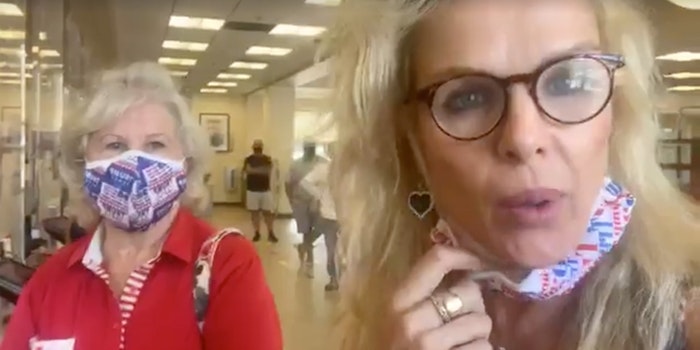 A woman dubbed a “Karen” says she has been asked to remove her funds from Wells Fargo after she filmed a Facebook live stream inside a bank and tried to get an employee to remove his Black Lives Matter mask.