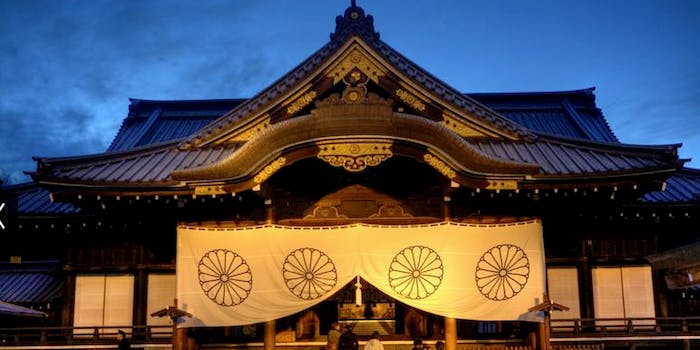 How Justin Bieber Instagrammed his way into a geopolitical controversy

The Biebs somehow Instagrammed his way into a geopolitical controversy.

Two pictures posted to Justin Bieber’s Instagram account spent the last week stirring up tension throughout Asia until they were deleted by the pop star, presumably because of the political implications they carried.

The two pictures featured images from Bieber’s visit to Japan’s Yasukuni Shrine, a temple dedicated to the 2.5 million men and women lost from Japan during the island nation’s 80 year reign of imperial military practices, spanning 1868 to 1945. The Shrine has become quite controversial since, with many throughout Asia—namely in countries like China and South Korea—believing that the current Japanese regime’s affinity for it represents a continued imperial militarism.

Prime Minister Shinzo Abe visited the space in December despite protests from both countries. That, plus Abe’s disputing of accounts concerning Japan’s wartime use of Chinese, Korean, and Southeast Asian sex slaves, has led many to believe that the county has not taken proper steps to shun the wrongdoings of its past.

Bieber evidently wasn’t made aware of the dissension that spilled out from Japan’s valuing of Yasukuni. His caption tagged onto a photo of the building said simply, “Thank you for your blessings.”

Public response to the postings carried more weighted value, as Asians among the 20-year-old’s adoring fanbase seemed confused and aggravated at his choice of affection. “Say sorry to Chinese,” wrote one user in the photo. A series of others opted for more terse language in their response.

Bieber responded to the criticism shortly thereafter, posting a headline from Time and an explanation:

“While in Japan I asked my driver to pull over for which I saw a beautiful shrine. I was mislead to think the Shrines were only a place of prayer. To anyone I have offended I am extremely sorry. I love you China and I love you Japan.”

Yes, but as a few of his followers have noted, “How about South Korea?”

Tough to win anything for the boy named Justin Bieber. But at least he didn’t wonder if the Comfort Women would have liked his music.