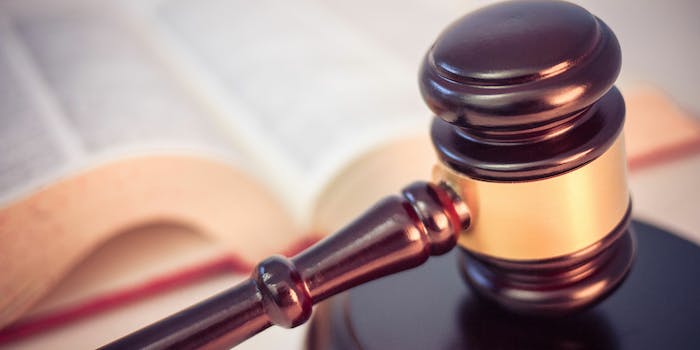 Judge James P. McClusky has protected sexual abusers in the past.

A New York Supreme Court judge is facing backlash after giving no jail time to a bus driver who raped a 14-year-old girl.

Judge James P. McClusky ruled on Thursday that 26-year-old Watertown City school district bus driver Shane M. Piche was no longer a threat to the community after he admitted to raping a teenage student. He sentenced Piche to only 10 years probation and allowed him to be registered as a Level 1 sex offender, which means he will not be on any online sex offender registry, according to the Watertown Daily Times.

Even though the district attorney’s office had requested he be registered on Level 2 sex offender, McClusky let him off the hook because there was “only one victim.”

The ruling shocked many who, in the days since, have taken to social media to express their disgust with the idea that “one victim” somehow isn’t enough.

Shane Piche r*ped a 14 year old girl and judge James P. McClusky gave him no jail time because there was only one victim and no prior arrests. Spread his face and know his name. This is bullshit. pic.twitter.com/F4iNyH6dWy

Shane Piche is a disgusting human and so is Judge James P. McClusky for allowing this monster to be out on the streets, continuing to allow rapists everywhere to think that their crimes will be let off easy.https://t.co/LpKXod92LA

— Griffin who will rob his players of copper pieces (@PotentialTerror) April 28, 2019

Judge James P. McClusky said the lesser level was more appropriate since there was only one victim and Piche had no prior arrests.

– Only one victim. Let that sink in. Shaking. https://t.co/8vQyCjFgne

Forget the incendiary heading and focus on this: JUDGE JAMES P MCCLUSKY said the lesser level was more appropriate since there was only one victim and Piche had no prior arrests.

I don't know who needs to hear this but YOUNG WHITE GUYS GET ONE FREE RAPE is an indefensible judicial stance. https://t.co/UOQFwjtK7h

And the conversation turned to the privilege Piche was granted for being white and male.

I'm apprehensive about judicial recalls being used against judges who give appropriate (ie not as draconian) sentences for POC, but am willing to consider for white men who let other white men off for rape, especially of minors.

Shane Piche, white, admitted to raping a 14 yr old girl. He will do NO jail time.

16 yr old Kaleif Browder, African American, spent 3 yrs on Rikers Island awaiting trial on an accusation that he stole a backpack. Much of the time was spent in solitary confinement. https://t.co/x6cDI01HJr

McClusky, who was elected in 2011, is scheduled to hold his position until 2025. In light of his ruling in the Piche case, many are calling for him to be recalled. (The judge’s office and the Watertown City School District did not immediately respond to the Daily Dot’s request for comment.)

Are there judicial recalls in NY? They are fraught, but lord Judge James P. McClusky deserves one for this sentence. https://t.co/yQQt2K1A5x https://t.co/WNaVGCoxxd

How do we get this weasel out? The judge in Brock Turner's case was removed from the bench, Judge James McClusky should be next

I hope the parents have a civil suit too

A petition to recall him has garnered almost 3,500 of its 4,000 required signatures. “This judge has NO problem letting rapists go when a young girl’s life has been forever changed and will cause her emotional problems for many years to come at a cost of thousands of dollars for therapy,” read the petition. “Where’s her justice? This judge is a misogynist for allowing a rapist to basically go free. Recall Judge James P. McClusky!”

McClusky has a history of protecting alleged sexual abusers. In January, he reportedly denied a transgender woman’s request to have her 2017 arrest investigated. DeAnna LeTray said that Watertown police and Jefferson County corrections officers harassed and abused her during her arrest, ripped her hair off, and sexually assaulted her, according to the New York Civil Liberties Union. McClusky eventually ruled that the incident didn’t deserve an investigation, saying, “Complaining individuals do not have the right to have the DHR investigate those complaints,” according to WWNYTV.

As one tweet says, McClusky should have the same fate as Santa Clara County Superior Court Judge Aaron Persky, who sentenced Stanford rapist Brock Turner to only six months in jail in 2016, despite witnesses catching him in the act. The case gained national attention following a moving speech from the survivor. Perksy was recalled last year.