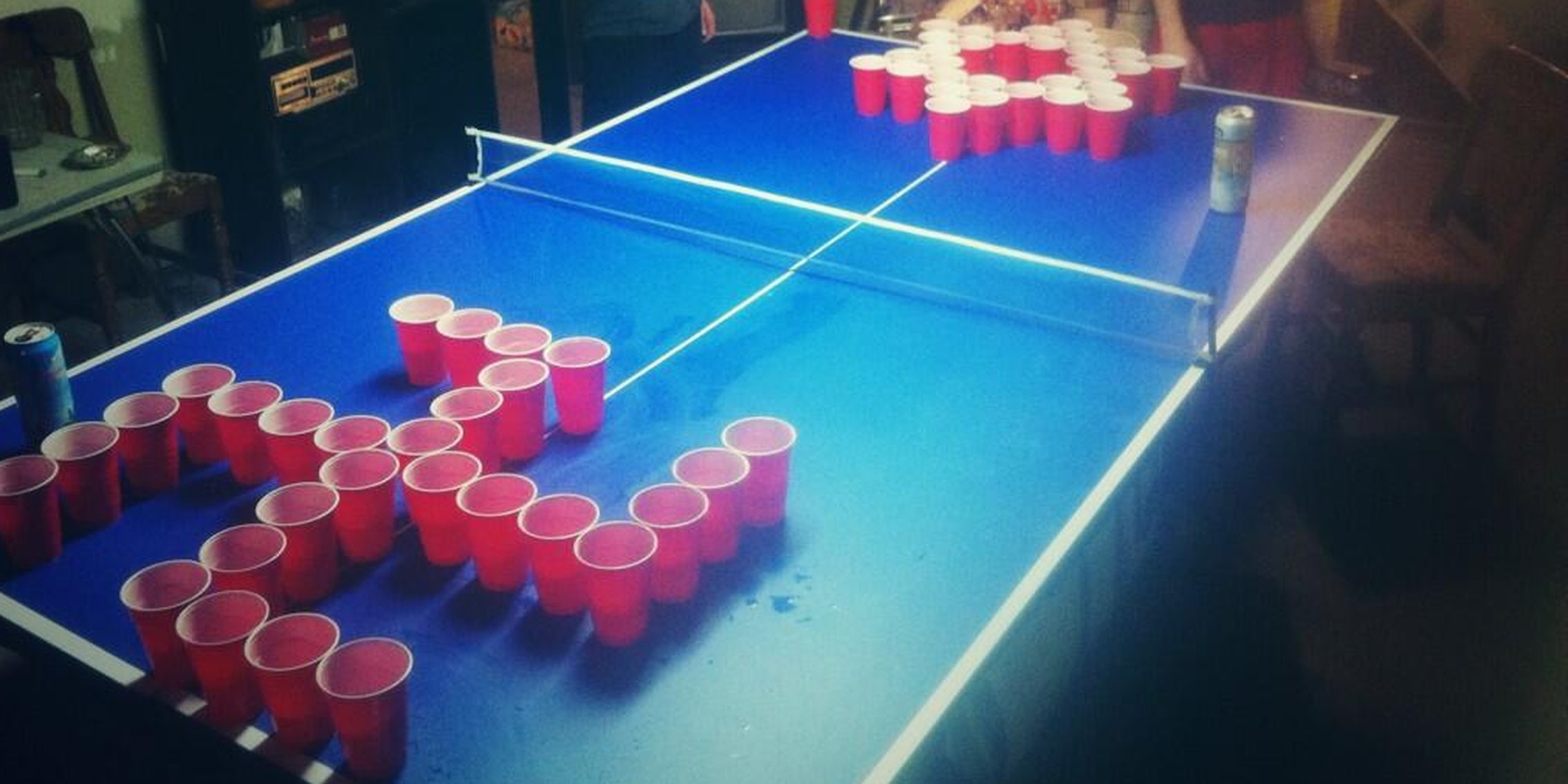 High schoolers in hot water over a drinking game called ‘Jews vs. Nazis’

In case you were in any doubt that elaborate drinking games are a pastime enjoyed by historically insensitive goons, yes, “Jews vs. Nazis” beer pong is a real thing. It’s just like normal beer pong, except the cups are set in a slightly different configuration. Beautiful, really:

“This is what we play at parties. Jews vs. Nazis” -Cape Coral HS pic.twitter.com/ol8FcztcjQ

Because this @HSConfessional post was retweeted and favorited thousands of times, we may now have a full-blown moral panic on our hands—even if the rabbi interviewed in this TV news segment declines to express shock, describing the game’s fans as “immature, with no ill intent.”

Indeed, “becoming an issue” is putting it strongly when it comes to “Jews vs. Nazis,” a sport whose existence is well-documented on social media going back to at least 2011.

Jews vs. Nazis root, probably wouldn’t be doing this if i was back at tulane #uhoh pic.twitter.com/XOSFQ8NT

This is what we do on Saturday afternoons. Nazis vs Jews beer pong: pic.twitter.com/fbMUrM5Wqp

Shout out to Matisse winning Jews vs nazis beer pong for the team @mdang6 pic.twitter.com/SBW32bXp2n

The photo causing the current uproar, incidentally, is well over a year old.

This Nazis Vs. Jews battle looks a lot more fun than the one 60 years ago… pic.twitter.com/DjRrxlTJBU

So: is this a new, dangerous, anti-Semitic (or pro-Nazi) trend? No, just a dumb old one that hasn’t yet died out. Until it does, be thankful your kids are getting trashed on good old-fashioned beer instead of attending pharming parties, choking each other for fun, or taking part in whatever teen phenomenon the media is overreporting (if not manufacturing) of late.