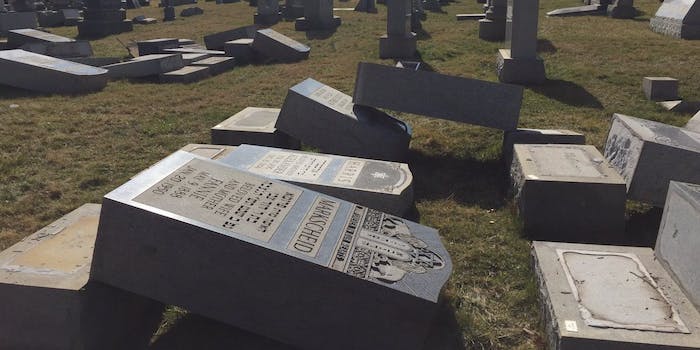 The statement comes after threats were made against more than 100 community centers.

After a two-month spike in bomb threats against more than 100 Jewish Community Centers and schools and two instances of vandalism to Jewish cemeteries, the Department of Homeland Security has offered its support to the community.

The statement went on to mention advice the DHS is taking from counterterrorism professionals on assistance, including vulnerability assessments of facilities, active shooter preparedness, and bombing prevention training.

“In light of the nature of the threats to Jewish Community Centers, I have directed DHS to heighten our outreach and support to enhance public safety,” Kelly said. “…The right to worship and commune within and across faiths is fundamental to the American experience and our way of life. DHS will continue to support communities across the country to preserve these fundamental freedoms.”

The department’s response appears substantial in comparison to the few remarks made by President Donald Trump and his administration on the rise of anti-Semitic threats. On Tuesday, Trump touched on the attacks during his speech to Congress, but not before saying earlier in the day that “sometimes it’s the reverse” that happens, possibly implying that people in the community were staging the threats themselves to make others “look bad.”

The only other time Trump has remarked on the issue was when MSNBC directly asked him if he condemned the attacks.

“Anti-Semitism is horrible, and it’s going to stop and it has to stop,” Trump said at the time. “Oh, of course [I condemn anti-Semitism]. And I do it—whenever I get a chance I do it.”