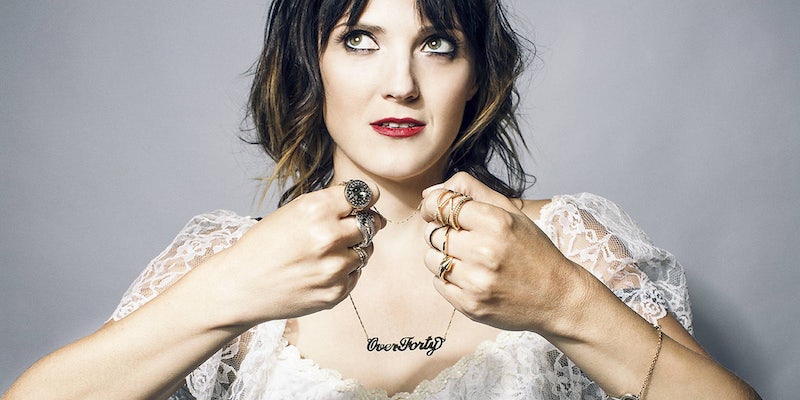 Apparently, joking about murder is taking it too far.

The joke seemed to reference drone strikes, and riff on hardcore Hillary supporters who try to spin everything she does as positive. However, it didn’t quite land, and many began criticizing her for making light of the wars Clinton has had a hand in.

2016 Democrats: Actually, murder is good and every war Clinton escalates and initiates will be awesome@JenKirkman pic.twitter.com/eje3RMlQXx

So, progressive Hillarybots – are you going to stand by @JenKirkman on this? Is this "intersectional feminism"? https://t.co/UKDs8KQrsF

Earlier today, Kirkman posted an image overlaid with text saying she’ll “have someone else run [her] account for a while,” and won’t be interacting with fans. She also says she’s received death threats and other abuse. Whoever is running her account now seems to just be retweeting criticism.

The Daily Dot has reached out to Kirkman about the joke, but has not heard back as of this posting. Just remember, on Twitter, nobody can hear your tone.