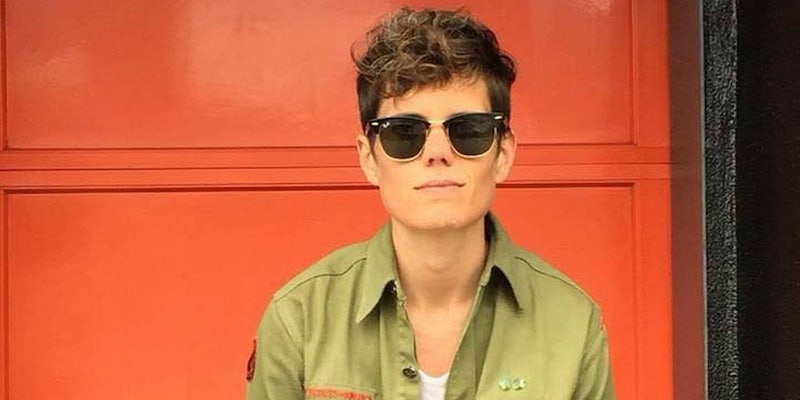 While reporting a heart-wrenching story, journalist gets called out for her ‘skinny jeans’

Jana Shortal fights back against insensitive, irrelevant criticism of her clothes.

This week, the 27-year-old case of Joseph Wetterling’s disappearance came to a close when a man admitted to abducting and killing the son of beloved news anchor Patty Wetterling. It was a mystery that had gripped Minnesota for over two decades.

While reporting the emotional ending to the Wetterling case Tuesday morning, journalist Jana Shortal came under fire for…her outfit. The reporter for KARE11 in Minneapolis was wearing a blouse and blazer over jeans, or as Star Tribune columnist C.J. wrote, “She looked great from the waist up in a polka-dot shirt and cool blazer, but the skinny jeans did not work.”

C.J. further criticized Shortal for trying to look “hip” while reporting on a serious news story, and even called her out on Twitter.

. @DishCentral IDK what my clothing has to do with covering the tragedy of Jacob's death. My only 'wish' on Tuesday was for Jacob's family.

Shortal fired back, though, and called C.J. a bully on Facebook.

“I wore my clothes,” Shortal wrote. “The clothes it took me a very long time to feel comfortable in, no thanks to the bullies like you who tried to shame me out of them. But have you no dignity, person with the name I won’t write? You wrote about clothes in the darkest moment of Minnesota news history.”

The Star Tribune retracted the column, calling it “insensitive.” But as of yesterday, C.J. was still lobbing attacks at Shortal over Twitter.

Hey, @janashortal have you ever asked an "unbelievably irrelevant question" in your time on TV?

In a subsequent Facebook post, Shortal accepted the newspaper’s apology, writing, “I have spoken with the Star Tribune and I accept the apology—I accept it. But this isn’t about me. It is about the blatant disrespect of the Wetterling family and our greater community. It is about the fact that our newspaper of record employs a woman who has for decades cashed a paycheck by bullying others. The Star Tribune is sorry. But that woman is not.”