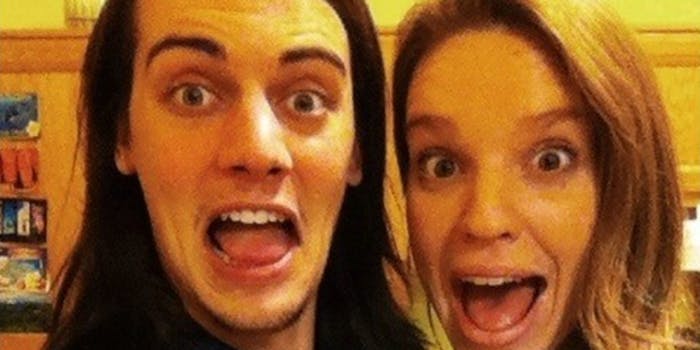 Victorian-era love letters get a modern twist on Instagram.

If you’ve uttered the words “romance is dead” recently, you might reconsider after scrolling through Zach Hindes’s unique declarations of love to his long-distance girlfriend, Emily Ahlenius, all via Instagram.

After Ahlenius moved from Georgia to Wisconsin, Hindes started the account fromga2wi to combat loneliness, and document his daily love letters, from the first day of Fall to her birthday on Dec. 29. That equaled 98 days of touching words of encouragement.

But his girlfriend had no idea he was doing it; he offered the whole 98 days as a birthday gift and kept it a secret until then. One of his last declarations was a desire to marry.

This is all very Victorian, while also being extremely modern. Thankfully, according to one of the last photos in the set, she appreciated his efforts.