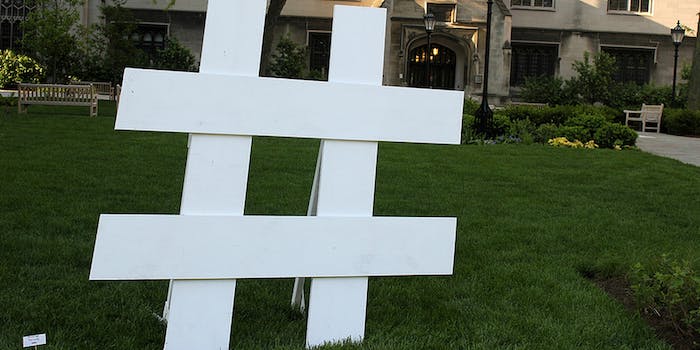 Instagram bans sex, drugs, and curse words in tag searches, but they're all free to browse on its corporate owner: Facebook.

Facebook enabled clickable hashtags in June, allowing users to access a page of public posts which use a given tag. The goal was to  allow users to jump into public conversations surrounding certain topics, but also to challenge competitors like Twitter. But it appears the site has failed to police the terms with quite the same fervor as Instagram.

When we searched a few of the banned instagram terms on Facebook, we found dominatrixes advertising fetish sessions and selling pornographic videos, escorts openly sharing their working locations and phone numbers, hardcore pornography, and even some of the most violent images of gore you can imagine.

People also use tags when looking to score drugs or to share photos of themselves smoking weed. Some users freely show themselves exhaling marijuana smoke, with their faces in full view. We’re not linking to any of these posts due to privacy concerns, but any Facebook user can easily find them.

A Facebook rep told the Daily Dot in an email:

There are a number of reasons why tags blocked on Instagram are searchable on Facebook. Despite having a corporate parent, Instagram is run independently so it can choose which hashtags to block or allow without dealing with the huge Facebook’s huge corporate bureaucracy.