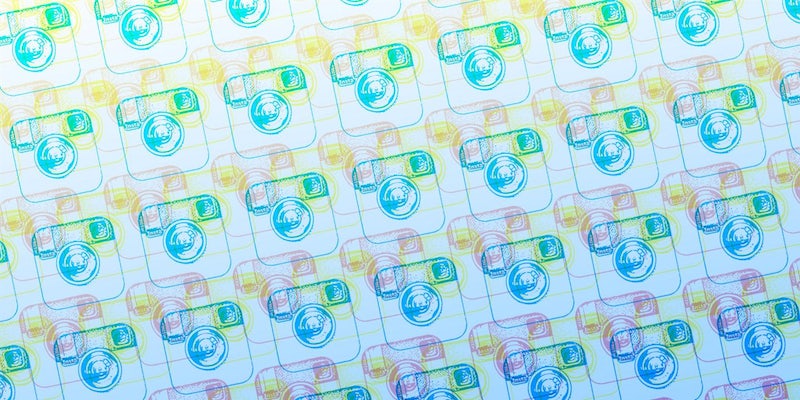 I let a robot creep on my Instagram friends

Flirtation used to be a game of grand romantic gestures and bold moves, but no longer. In the age of social media, wooing your crush has become a far more subtle artform. Favs and retweets have taken the place of throwing rocks at bedroom windows late at night, while liking someone’s selfies on Instagram is the equivalent of hoisting a boombox and playing Peter Gabriel’s “In Your Eyes.”

But how do you rise above the sound and fury of all the online dating apps and social media platforms vying for push notifications? Sometimes it takes a daring, and possibly even creepy, play to grab your beloved’s attention. Lucky for you, the folks at Likecreeper have concocted the perfect creepy Hail Mary that will either drive you into the arms of your crush or get you slapped with a block. 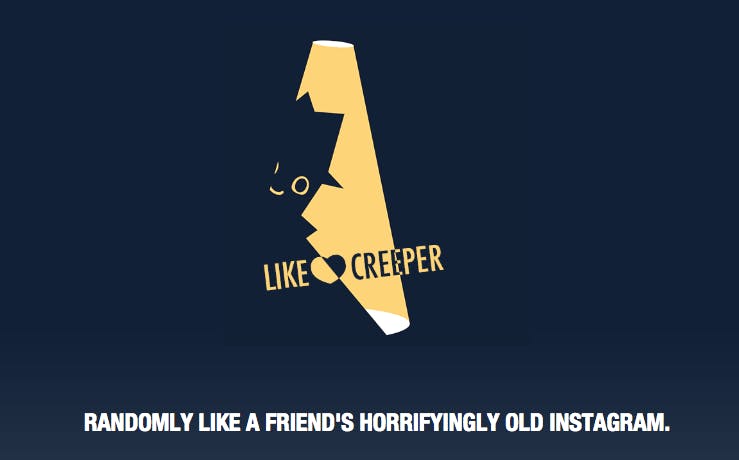 So what is this mysterious ploy you ask? It’s a relatively simple gag. After you log in to the site with your Instagram credentials, the algorithm will “Randomly like a friend’s horrifyingly old Instagram.” But pressing a button and liking old content is only half the fun. As the site explains, the real treat comes as you “Wait for your friend to be all WTF!?!?!” It’s the equivalent of throwing a stone in the pond of social media and waiting for the ripples to reach shore.

Would my friends return the like by thumbing through my photostream and digging something out of my archives, or would they ignore the random notification and hope I left them alone? I endeavored to find out as I logged into the site and cast away what little shreds of online dignity I had left. 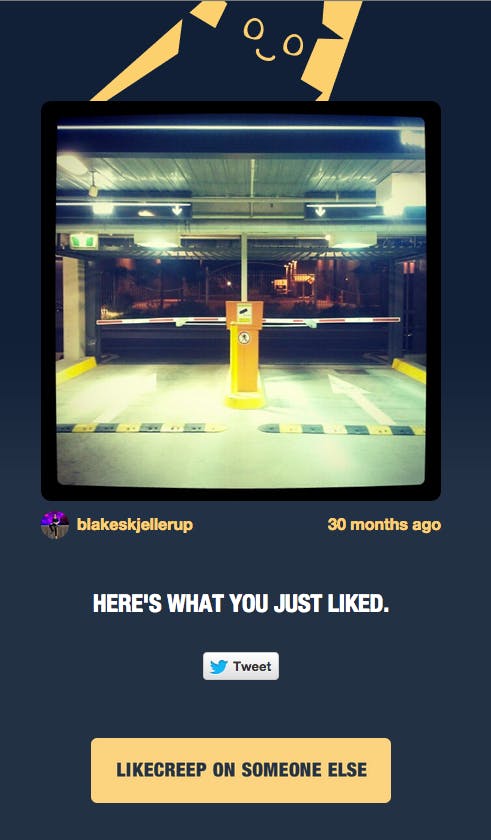 Initially, I was met with a few roadblocks in my quest to creep out my friends. Since the algorithm pulls content from who you follow on the photo app, half my likes were given away to old posts from a fair amount of brands and celebrities. But after persevering, the site began to dredge the depths of my friends’ photos and ravage what they found with likes. After letting the social media shots in the dark settle in the minds of my friends-turned-victims for a bit, I turned to them to get their take.

Thanks to @claytoncalvert for this awesome watercolor

The Daily Dot’s own Marisa Kabas wasn’t so forgiving. After liking an image she posted of a watercolor from two years ago, she was thoroughly creeped out. “It’s just obvious that someone is essentially instagram stalking you,” she wrote via chat. She concluded coldly: “It’s a sign of deep interest and/or Swimfan-level obsession. Or that you have too much time on your hands.”

As for the rest of the likes dispatched on my behalf by Like Creeper, they all went unanswered, save for a stray friend liking a selfie I had posted a few weeks ago. For now, I think I’ll do my own creeping and leave a liking algorithm to far more unfortunate souls. After all, the best creeping is done with intent.