There’s a side effect, in that many tags including the banned words are impossible to search—like #thesexpistols or a tag for Tyler, The Creator’s Twitter handle (#fucktyler)—according to a blog called The Data Pack.

The site used Instagram’s application programming interface (the tool developers use to hook into Instagram’s data) and lists of tags and curse words to figure out which hashtags are fenced-off. It came up with an extensive, but incomplete list of blocked tags. The list includes a number of “thinspiration” tags like #loseweight and #proanorexia, which have also been banned on Tumblr for encouraging potentially life-threatening behavior. 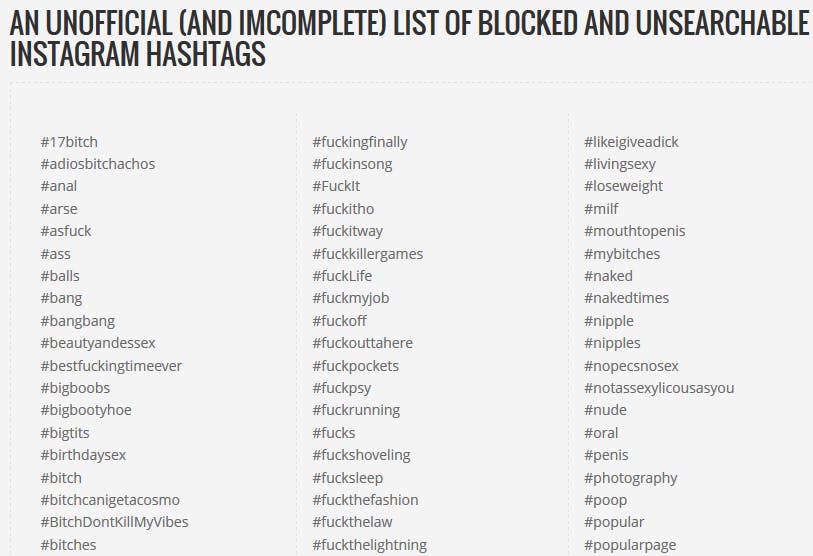 That doesn’t stop users from slapping the #instagram tag on their photos anyway.

Elsewhere, #proanorexia is blocked, but #proanorexic persists, as does #anamia (a popular tag for anorexia and bulimia), albeit behind a graphic content popup message.

It would seem Instagram is fighting a losing battle in hiding nudity and other potentially harmful content. Meanwhile, tags that arguably promote rape culture, such as #shewantsthed, are still free to browse.