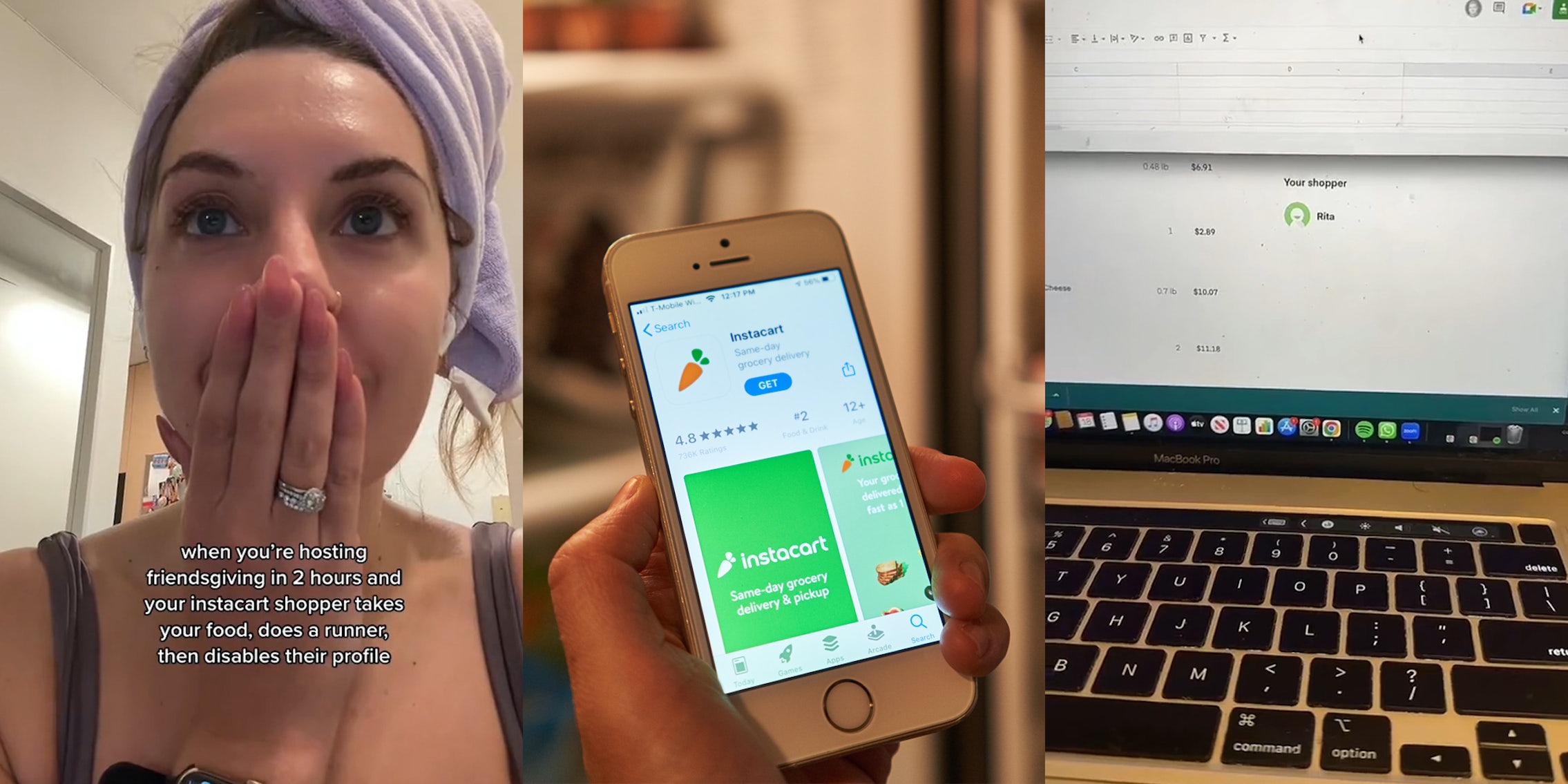 ‘I’ve seen this happen to so many people’: Customer says she was scammed by Instacart shopper 2 hours before Friendsgiving

No matter how much one prepares for Thanksgiving, there are sure to be a few pieces missing on the big day. This is one of many reasons why shoppers will utilize delivery apps like Instacart, which allow them to order more groceries while continuing their dining preparations.

Sometimes, these orders go off without a hitch. Other times, as one TikTok user recently learned, things don’t go according to plan.

In a video with over 890,000 views, TikTok user Alyssa (@alyssamariefit) says she was making some last-minute ‘Friendsgiving’ orders when she was met with an unwelcome surprise.

“When you’re hosting friendsgiving in 2 hours and your instacart shopper takes your food, does a runner, then disables their profile,” she writes in the text overlaying her video.

In the comments section, many users claimed this was an unfortunately common occurrence.

“I’ve seen this happen to so many people,” wrote one user. “I will literally never use instacart.”

“Happened to me the day before….stole the whole order and stopped answering the phone,” claimed another.

“This happened to me last year. They refunded me butttt all the items were sold out,” alleged a third.

“Omg this happened to me hours before hosting Friendsgiving as well,” claimed an additional TikToker. “Thought I was going to lose my mind.”

However, some said there was likely an innocent explanation for the Instacart shopper’s actions.

“The app glitches ALLLLL the time for shoppers,” stated a user. “I have had orders I’m in the middle of shopping and the app just shuts down.”

“I’m a shopper and I can tell you what happened. She saw the crowd at the store or that they didn’t have your shit and cancelled the whole thing,” speculated a further TikToker.

Innocent or not, incidents like these have put many off from using delivery apps altogether.

“Why I refuse to use that or the food delivery apps. people just disappear with your stuff and it’s a nightmare to battle the company,” summarized a user.

The Daily Dot reached out to Instacart and Alyssa via email.