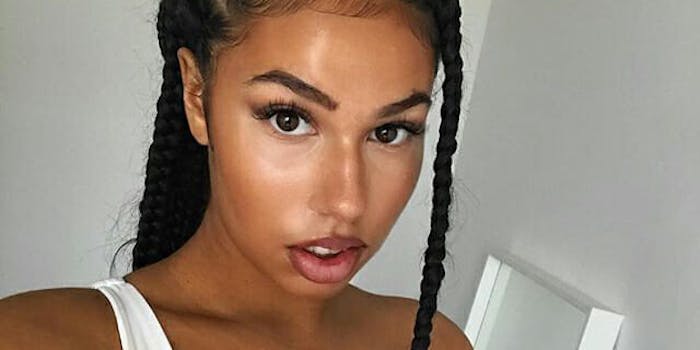 Influencer accused of ‘blackfishing’ denies she was trying to look Black

London-based Instagram influencer Aga Brzostowska, a 20-year-old known online as Alicja, has responded to accusations that she is pretending to be Black on social media, otherwise known as “blackfishing” or “n*****fishing.”

Last month Toronto-based writer Wanna Thompson called out the practice on Twitter, “Can we start a thread and post all of the white girls cosplaying as black women on Instagram?” Several white internet personalities were posted, in shocking before and after photos, wearing very dark makeup that would make one want to believe they were Black or mixed race.

Some of the people exposed deleted their social media accounts, but others defended themselves. Emma Hallberg, a Swedish model with over 275,000 followers said she never, “claimed or tried to be black,” a sentiment now echoed by Alicja.

Alicja says she’s not trying to pretend to be Black or mixed-race but just has olive skin. In an interview with the BBC, she said that while she tans to darken her skin, it is not done “in a malicious way.” She said that while she acknowledges white privilege, she thinks people are wrongly assuming bad intent on her part. She also said people haven’t just been criticizing her, but sending her death threats.

Some pictures on Alicja’s Instagram drew so much heat that she ended up turning off comments. One image, of her sporting braids and a “holiday” tan, is the focus of many accusing her of cultural appropriation, if not straightforward blackface.

In a YouTube video addressing the controversy, Alicja said she wasn’t trying to appropriate Black culture (somehow not understanding how appropriation works) and was just trying to use her status as an influencer to promote her friend’s little sister’s business. She also denied accusations that she had gotten surgery to increase the size of her butt, saying, “My mama would kill me.”