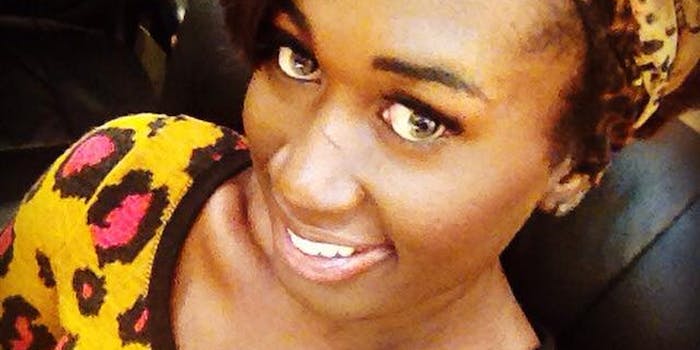 Her family is raising funds online for the funeral.

India Clarke was not a “man dressed in women’s clothing.”

Yet that’s how the Hillsborough County Sheriff’s Office described Clarke to the media after discovering her body near the playground at University Area Community Park on Tuesday morning.

And that’s how the local media—despite everything we thought the world had recently learned from the coverage of Caitlyn Jenner—chose to describe the Tampa, Florida, citizen.

Clarke’s sister Alicia set up a fundraiser on Tuesday to try and raise money for funeral expenses. In a heartbreaking post on the GoFundMe page, she decried the media’s misgendering of her sister and thanked the transgender community for standing up for her. By Thursday, the family had raised a little more than $1,000.

My sister has been spoken of in such a Ill manor by the media initially and thanks to the strong voices of the transgender community we have seen changes and my family thanks you all for that (especially you Gianna Love) We have always loved India the way she was and she would have been ashamed and heart broken if she had ever seen herself referred to as “a man in woman’s clothes” thank you so much for all the voices that took a stand and made a change not only in the world but for India.  My sister was beautiful full of life and positivity no matter how bad things could be. She grew into the beautiful woman India that most knew.  My sister was the happiest I ever seen her in her life after her transition into India Clarke she never deserved to die in such a horrific manor. She deserved the best in all way shape and form. My heart and everyone who ever had the blessing of India’s presence in their life for even a second is broken right now. I miss you already India, all we have now is the memories of you. I will always hold every moment of your life and journey close to my heart.. I love you

On social media, transgender advocates posted photos with the hashtags #IndiaClarke and #SayHerName. Among those voices was Jennicet Gutiérrez, the undocumented trans woman who made headlines when she interrupted President Obama in protest at the White House LGBT Pride Month reception this June.

I "disrespected" the president for shouting, I am tired of the violence #twoc face. Where's the outrage now? Rest In Power, #IndiaClarke

Two days ago #IndiaClarke was murdered. Yesterday two #twoc were fired from their jobs. And still expect us to be quiet and polite.

Clarke’s homicide was also brought up at Thursday’s introduction of the historic Equality Act, sweeping legislation that would add sexual orientation and gender identity to the already protected classes covered by the 1964 Civil Rights Act. Mara Keisling, director of the National Center for Transgender Equality, addressed Clarke’s death at a press conference attended by Senate and congressional leaders.

“I want to tell you about something that every transgender person in the country knows. This Monday, 25-year-old India Clarke was found murdered in Tampa, Florida,” said Keisling. “She couldn’t find what she called a ‘regular’ job, so she went to cosmetology school, where she didn’t feel safe because she was transgender. She did face job discrimination. She did face educational discrimination. And I’m sure she faced a lot of the discrimination that the Equality Act would help eradicate.”

Other high-profile trans women also chimed in to express frustration at the growing list of names of murdered trans women of color.

regrann from @chernobiko – As if #SandraBland wasn't enough heartbreak this week the 10th Trans… https://t.co/ouoMIav0C9

On Wednesday evening, attendees of a rally in New York’s Union Square park called for further investigation into the death of Sandra Bland as well as India Clarke, and other women of color. 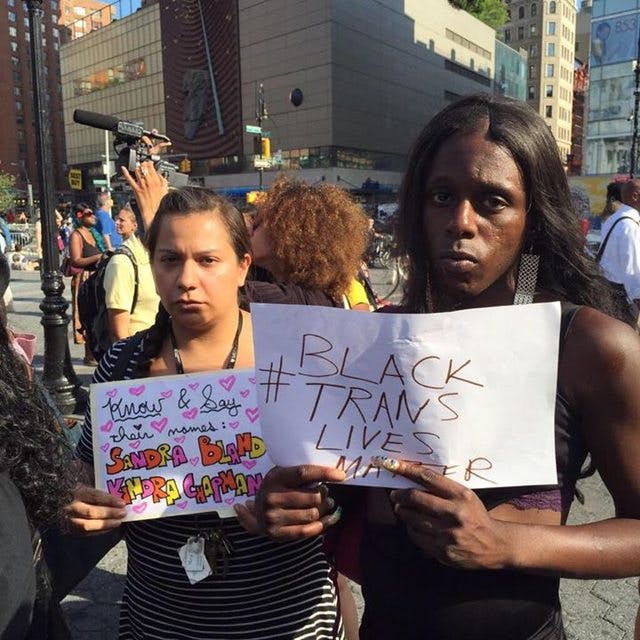