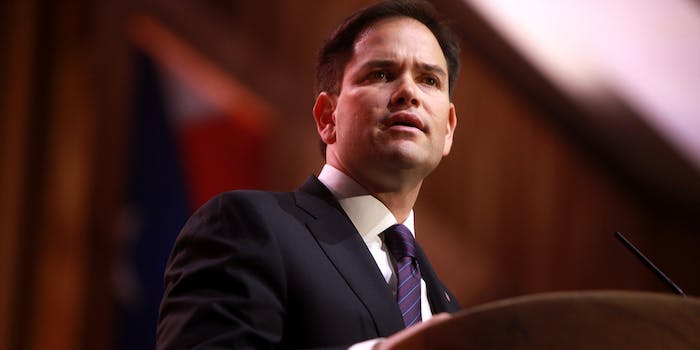 The leading candidates have all had a chance to weigh in.

President Obama is set to issue an executive order to enact immigration reform that will unilaterally grant legal status to millions of undocumented immigrants. The action will be unveiled during a Thursday night speech from the White House.

Obama’s plan will mean as many as 4 million undocumented immigrants who have lived in the United States for at least five years and have no criminal record will be able to apply to a new program to receive permission to stay in the country indefinitely, the New York Times reports. One million more will be protected through other plans the president will announce tonight.

Immigration reform has been one of the most contentious issues of Obama’s tenure.

Democrats and liberals have long been disappointed with what they perceive as a failure from Obama and Congress to enact sweeping changes on an immigration system that is unjust, inefficient, and ineffective.

Prominent Republicans and conservatives, on the other hand, are generally furious about Obama’s plan to act unilaterally. They’ve got an energetic national base of anti-immigrant activists at their back. Words like “impeachable” and “unconstitutional” have been tossed around as well.

That’s par for the course when it comes to executive orders. When president George W. Bush enacted immigration reform via executive order in 2007, the Republican party was vocally supportive. That order, of course, was antithetical to Obama’s current plan, as it focused on tighter border security and stricter rules against undocumented workers.

For another parallel, look to Republican icon Ronald Reagan—he issued 381 executive orders, the most out of any modern president—who signed the 1986 Immigration Reform Act that sheltered approximately 2.7 million immigrants, exactly the kind of amnesty Republicans are currently criticizing.

Views on immigration reform varies widely around the U.S. and among the country’s political elite.

Although no major politician has yet officially announced their candidacy, plenty are clearly already campaigning around the nation. What do the leading 2016 presidential candidates have to say both about Obama’s executive order and the greater immigration debate?

Senator Rand Paul (R-Ky.), arguably the leading Republican candidate heading at the moment, has made no secret of his position on executive orders.

“I think the first executive order that I would issue would be to repeal all previous executive orders,” the libertarian favorite said when asked what he would do if elected president.

“We’ve done way too many things [the wrong way]: Signing statements, altering legislation by the president, are wrong and unconstitutional and shouldn’t happen. Executive orders shouldn’t either,” Paul said according to Breitbart.

That’s a lot of empty rhetoric—there was never a chance that Paul would follow through with this promise and an aide later said the quote “was not meant to be taken literally” because Paul would of course use executive orders in office—but it does give insight into Paul’s overall views.

When it comes to this particular executive order, Paul isn’t any kinder. He’s called it “unconstitutional” and has threatened to “take [Obama] to court” once the president puts pen to paper.

“We don’t have much power now,” the Kentucky Senator said. “In January we will.”

Paul says he is open to immigration reform including “expanding work visas” but stressed that “history will treat [Obama] unkindly on this if he thinks he can become king.”

She declared herself “a strong supporter of comprehensive immigration reform” when faced with pressing questions about Obama’s action and said “we have to treat everyone with dignity and compassion.”

Her silence on executive action seems steeped in political calculation. More than 25 percent of Democrats opposed unilateral action in recent polls, and the numbers in the country overall are against Obama’s move—but not by big enough margins that presidential immigration action couldn’t potentially pay off in the next election by energizing hispanics to come out and vote Democratic.

The issue was forced on Clinton during a recent speech, when an activist shouted that he lived in constant fear of his mother being deported.

“I have to say that I understand immigration is an important issue, and we appreciate that,” Clinton answered. “We thank you for your advocacy.”

Suffice it to say, that was not the answer immigration activists wanted.

Former President Bill Clinton, Hillary’s most capable cheerleader, has meanwhile come out in favor of executive action and even said that Obama’s delay may have hurt the Democrats in the midterm elections.

While the real life results are clear—millions of immigrants will get to stay in the United States—the political results of this executive action are yet to be determined. Clinton has calculated that staying quiet is currently her best bet.

Senator Ted Cruz (R-Texas) is threatening to wage an even more intense and costly political war against Obama if the president signs the executive order on immigration.

On Wednesday, Cruz called on congressional Republicans to block all of Obama’s executive and judicial nominees “so long as the illegal amnesty persists.”

Cruz insists that the midterm elections, in which the Democrats lost, were “a referendum on amnesty.” That doesn’t line up much with reality but, in the near term, that doesn’t matter—when the Republicans take full control of Congress in January, antagonism from a leader like Cruz will sound pretty appealing to many in the party’s conservative base.

In a recent editorial for Politico, Cruz threw out the now-standard Republican refrain: Executive action means Obama is “embracing the tactics of a monarch.”

Cruz has repeatedly fought for greatly expanding the U.S. Border Patrol and granting police more power to ask anyone about their immigration status. He’s opposed a path to citizenship for immigrants who entered Texas illegally as well.

Cruz predicts Obama will threaten a shut down if his nominees are roundly rejected, an assertion the president dismisses.

It doesn’t matter to Cruz that Obama has issued the fewest number of executive orders since FDR, or that every president in the last 50 years has issued executive orders concerning immigration—if the political numbers add up, historical reality apparently seems a lot less important.

Republican Louisiana Governor Bobby Jindal, who says he’s “praying” on whether to run for president, has typically echoed Cruz’s sentiment throughout the executive action controversy.

Jindal believes the order “breaks the law,” “breaks the constitution,” and undermines democracy.

Republicans “should do everything they can” to stop Obama’s immigration order, Jindal said recently on Meet the Press, intimating that Republicans could fight him until a shutdown was unavoidable.

Instead, Jindal believes that securing the border is a far greater priority. He’s in favor of doling out government services in English only and building a fence along the full length of the Mexican border.

“Talk about arrogance,” Jindal said of the president. “Whereas this president used to say, ‘Elections have consequences.’”

Senator Bernie Sanders (I-Vt.), the longest-serving Independent in Senate history, has been noticeably quiet on Obama’s impending executive order, but his record tells the story.

Sanders “very strongly supports” the DREAM Act, the expansion of which will play a major role in Obama’s announcement on Thursday. The DREAM Act provides permanent residency for immigrants who arrived in the U.S. as youths. The executive order will expand that to as many as 1 million more immigrants by expanding age limits.

He also describes himself as “a strong supporter of immigration reform, and of the need to provide a pathway to citizenship for 11 million undocumented immigrants.”

He has, however, voted against comprehensive immigration reform in the past—because he felt they were largely corporate efforts to gain cheap labor, “a great disservice to American workers,” a sentiment backed by the country’s biggest labor unions.

When asked about this specific executive order, however, it’s been silence.

On CNN recently, he quickly changed the subject to more comfortable ground: Raising the minimum wage, repealing tax breaks for the wealthy and large corporations, and addressing income inequality—all of which have are part of the immigration debate, but still don’t provide a straight answer on Obama’s plan.

Perry, who leaves office in January, recently said the president was “sticking his finger into the eye of the American people” despite his party badly losing the 2014 elections.

As governor, Perry has made considerable national noise about securing the border with more “boots on the ground,” at an investment of $100 million.

Senator Marco Rubio (R-Fla.), who has made much of his parent’s immigrant status over the course of his political career, is decidedly against executive action as well.

Despite having worked with the president to pass immigration reform through the Senate last year (the bill immediately failed in the House), Rubio urged against unilateral action and said it would be “detrimental” to lasting immigration reform.

In the past, Rubio has advocated sweeping changes to the country’s immigration system including a path to citizenship for immigrants who entered the country illegally. He has also, however, urged the president to stop accepting applicants to a program that protects unauthorized immigrants who arrived in the U.S. as children.

Rubio’s strategy now is to approach immigration reform in pieces, starting with a bill to increase border security, a fight he believes Republicans will take up in January when they take full control of Congress.