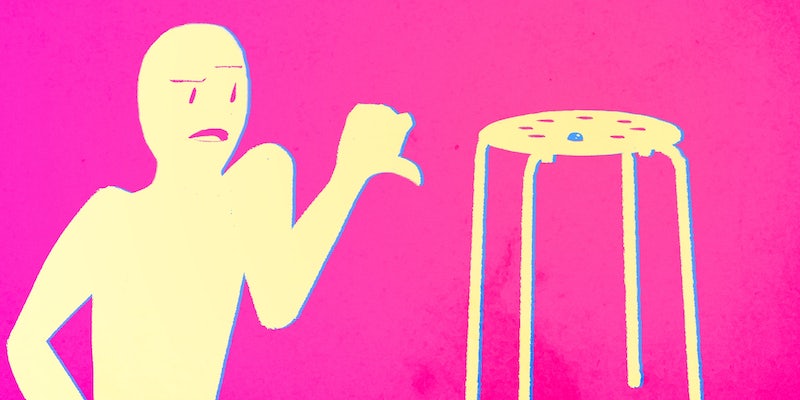 Man gets his testicle stuck in a chair, complains to IKEA about it

Norwegian photographer Claus Jørstad is one of thousands of IKEA customers who have left comments on the furniture retailer’s Facebook page—except Jørstad’s hilarious post was shared tens of thousands of times.

On August 31, the married father of three wrote a long, detailed message on the IKEA Norge Facebook page, explaining that he’d bought the company’s Marius chair to put in his shower after a knee injury made it difficult to stand. It seemed like the perfect lightweight plastic shower stool when he tried it out in the store—fully clothed, of course. 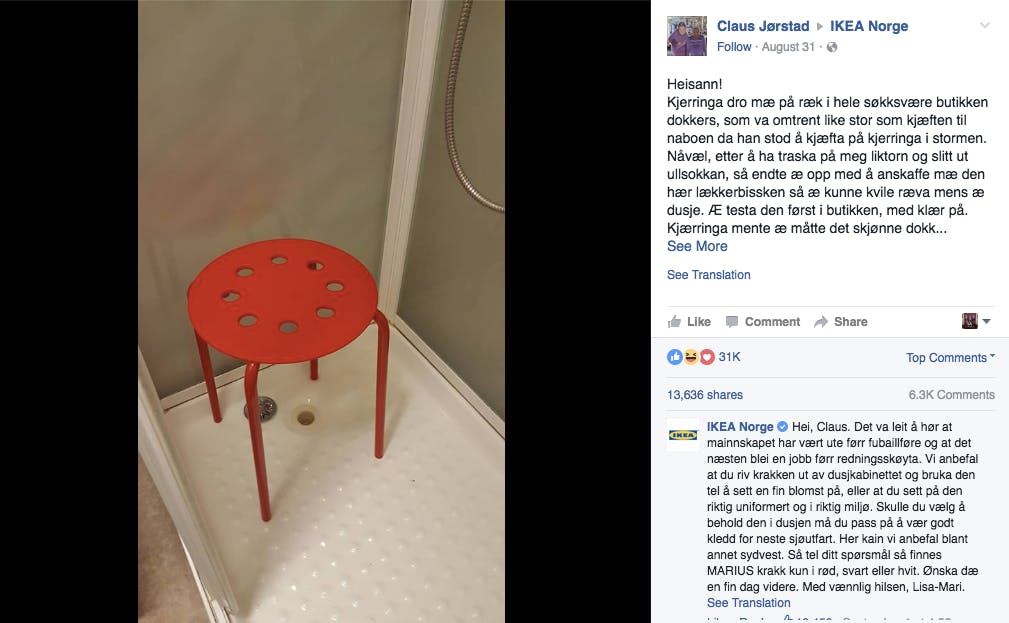 But when 45-year-old Jørstad tried to use the chair in the shower, sitting down and washing himself in a steam-filled bathroom, he encountered an unexpected problem.

“Sitting there and noticing the accident, I bent down to see what the f*ck happened, I realized the little nutter has got stuck,” Jørstad explained to IKEA.

According to the Daily Mail, Jørstad referred to his nether regions as “the skipper and two sailors.” When the Daily Dot plugged the original Norwegian post into Google Translate, it came out as “Popeye and the two boatsmen.” Either way, it was clear to Jørstad that he was in trouble. And as the hot water increased his body temperature, his balls expanded in size—with one becoming stuck in the chair so that he couldn’t move.

“And as I couldn’t move, I started pondering how the hell I was gonna get outta the mess,” wrote Jørstad in the Facebook post as translated by the Daily Mail. “After a lot of pondering forth and back, I realized I had no bloody ideas.” 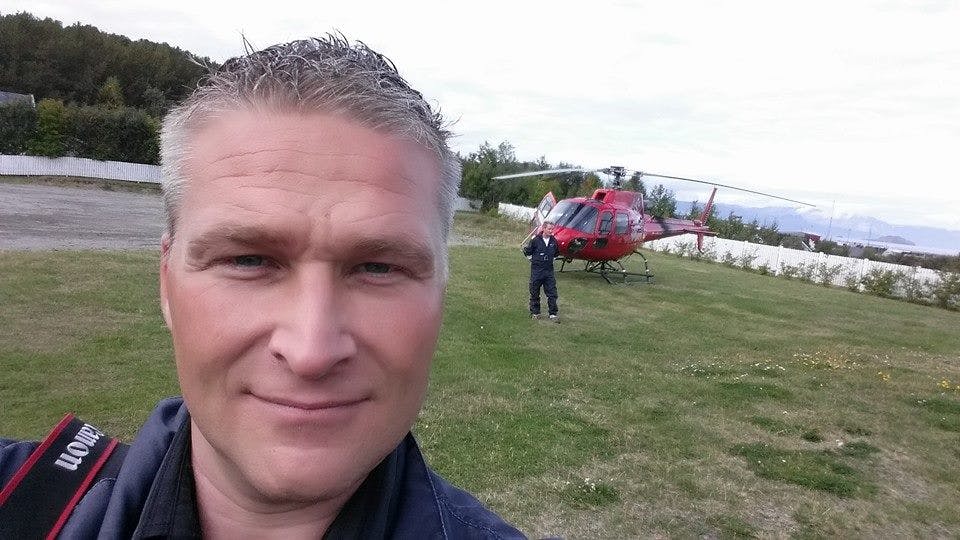 But the Norseman didn’t have to panic for long.

“The water turned cold by itself. So I started freezing,” Jørstad continued. “The water got cold. Even more cold than my mother-in-law’s smile when I married her daughter.”

With cold water comes, of course, shrinkage—and Jørstad was freed.

IKEA responded on Facebook, playing along with Jørstad’s nautical imagery: “‘Hey Claus. We recommend that you take the stool out of the shower…if you choose to keep it in the shower, make sure you are well dressed for your next sea excursion.”

Jørstad then posted a photo of his own solution: a washcloth draped across the chair, covering its holes. He nicknamed it “weinermonkey.” 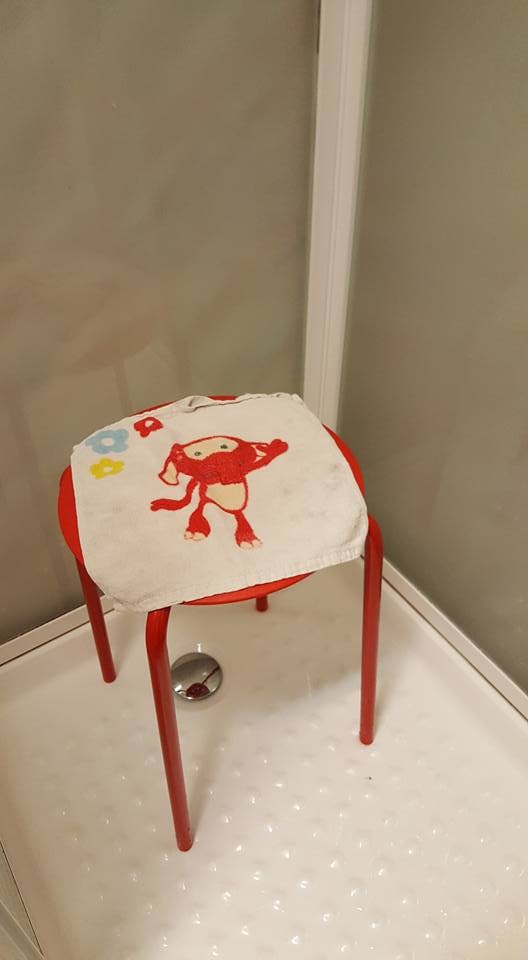 After his long tale of excruciating testicular terror was told, the Norwegian had just one last question for the Swedish retail giant.

“Does the chair come in yellow?”