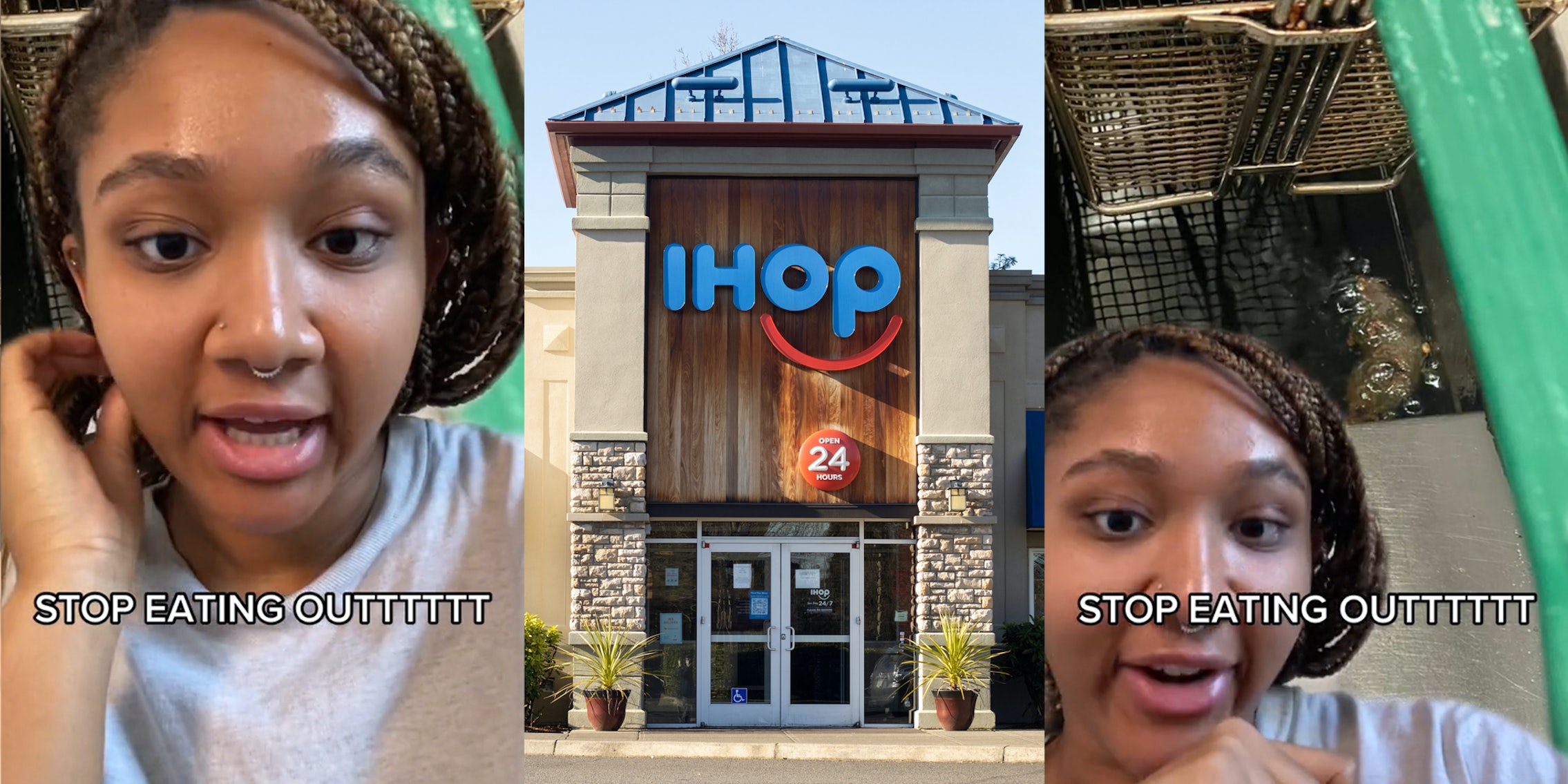 ‘STOP EATING OUT’: IHOP employee says a rat fell into the restaurant’s fryer

'We have not had a f*cking refrigerator for like over a month.'

The restaurant industry reached an estimated $898 billion in sales in 2022, and there are tons of analytics that point to upward trends of more and more folks electing to eat out over preparing their own meals.

However, some TikTokers who are either former or current food service industry employees are strongly urging customers to refrain from eating out due to blatant health code violations and behind-kitchen-doors scenes that may spoil the appetites of most diners.

In a viral clip from an IHOP employee who posts under the handle @endingurlife, she says that the eatery didn’t have a functioning refrigerator for a month. So the kitchen opted to store perishable products like milk in another fashion.

“Now I’m not gonna post where I work but this is why you should not go out to eat,” @endingurlife says in her first clip, though she later reveals she was employed at IHOP. “We have not had a fucking refrigerator for like over a month, this is the refrigerator.”

The TikToker then taps a plastic bin filled with open containers of juice and half gallons of milk.

In another video, the TikToker urges folks to stop eating out. “That escalated very quickly. So a few days ago, like over a week ago, I posted this picture on Facebook and it went completely viral kind of like I got five hundred shares or whatever,” she says. She then looks into the camera and says nothing as the video cuts to an image of what she claims is a rodent inside of a deep fryer.

@endingurlife #stitch with @endingurlife #greenscreen do yallselves a favor and stop eating out at these restaurants. As a server I’ve truly seen it all. This place wasn’t even shut down by the health department, instead they somehow got a better rating than before 😭😭😭 UGH #nyc #nycrestaurants #fyp ♬ original sound – urmom

“Yes. Yes that’s a rat. And it fell in the fucking fryer at my job,” @endingurlife says. “If you happen to come across my Facebook page you already know where I work, so I’m not even gonna reiterate. Stop eating out bro. Stop eating out. And yes I quit my job.”

The Daily Dot has reached out to @endingurlife via TikTok comment and IHOP via email for further information.

“Dirty Restaurant Secrets” are often disseminated widely online with many industry insiders demonstrating a willingness to expose the seedy underbelly of less-than-scrupulous, and sanitary kitchen practices.

The CDC estimates that around 48 million people contract foodborne illnesses in the United States each year, with approximately 128,000 hospitalizations from these diseases. On average, 3,000 folks die every single year from something they ate in America.

Research shows that one of the biggest factors that determine whether or not a diner will visit a restaurant is its perceived cleanliness. Fast Casual wrote that 75% of diners prioritized cleanliness above all in their eating-out experiences. Time also reported that 13% of inspected restaurants were found to have full-blown rodent and/or insect infestations in New York City, Boston, and Philadelphia.

And while the quality of fast food chains is often maligned, fast dining establishments are usually found to have better cleanliness ratings than most other sit-down or fine dining experiences, per the Los Angeles Times. Of course, this can be chalked up to the more assembly-line, industrialized approach to the creation and preparation of these food products than most other restaurants.

Many viewers of @endingurlife’s post agreed with her stance and shared their own experiences of working in the food service industry.

One user wrote, “when i worked at an icecream shop a customer saw a rat run across the floor behind me & i had to gaslight him into believing he didn’t see it.”

Another said, “I inserted my card to pay at a Popeyes and a roach ran across near the card reader.”

However, other commenters remarked that cleanliness is often up to the location and how much it is willing to invest in maintaining a clean environment for patrons.

“Oh my god i work at chickfila i can confirm that its clean and theyre very strict about the cleanliness,” one commenter claimed.

Update 11:35am CT January 25: In an email to the Daily Dot, an IHOP spokesperson claimed that the image was not from the IHOP location @endingurlife worked at in Queens, NY.

“This picture is not from an IHOP,” they wrote. “We keep high health and sanitation standards and immediately looked into whether this occurred at the Queens location. Fortunately, it did not – the IHOP in Queens has an excellent cleanliness record, and the kitchen equipment shown in the picture is markedly different than what we use in our restaurants. And just to be extra vigilant, our franchisee promptly inspected the IHOP restaurant and reviewed all health department inspections and verified that everything is clean and working per our high standards.”