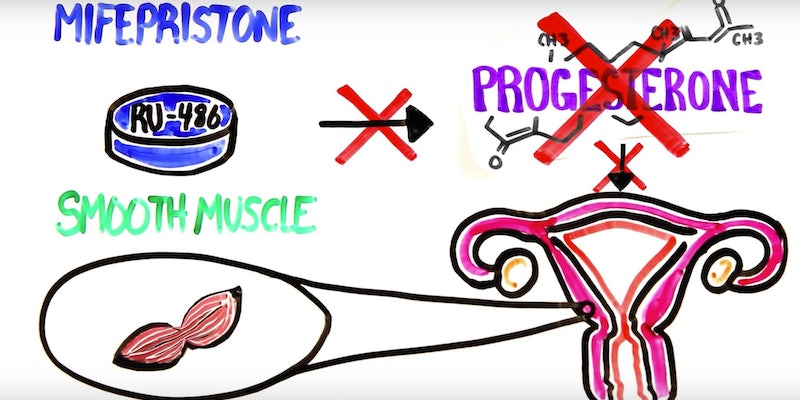 This is how abortion works, plain and simple

You have no excuse to be confused.

With all the debates that happen, and will keep happening, around abortion and who gets to have them, it’s important for everyone to know what abortion actually is. Donald Trump’s claims that late-term abortion is equivalent of “ripping the baby out of the womb” is just the latest unscientific, inaccurate claim to be made about the procedure. Luckily, AsapSCIENCE has a handy, non-partisan guide to how abortion works.

The video plainly describes how abortion works when it’s done through medication, a Dilation & Curettage, and a Dilation & Evacuation, and outlines how common and safe each method is. They remind viewers that abortions after 24 weeks are incredibly rare and typically due to severe fetal anomalies (though they could also be rare because states keep banning abortions after 20 weeks).

They also debunk some myths, like the one that says abortion causes cancer (it doesn’t do that), and reminds viewers that anti-abortion laws do not actually reduce abortions significantly, they only make incidences of unsafe abortions that put women at risk of death and disability go up.