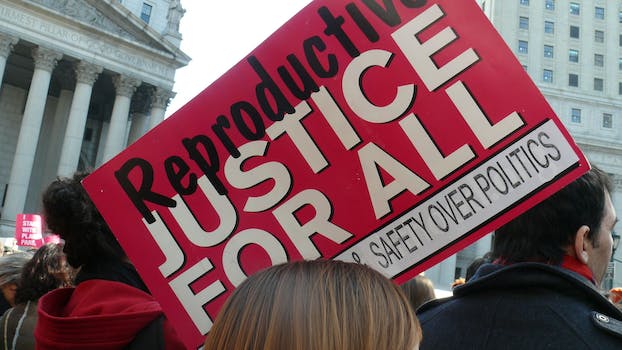 The truth about late-term abortions

It's not, as Trump calls it, 'ripping the baby out of the womb.'

In the weeks since the presidential election, Ohio has tried to pass what was called “heartbeat law,” which would essentially outlaw abortion after a fetus is six-weeks-old, with Gov. John Kasich signing in a ban on abortion after 20 weeks instead. In New Jersey, lawmakers have also highlighted a bill to ban abortion after 20 weeks. Despite the findings by the American Congress of Obstetricians and Gynecologists that a fetus doesn’t feel pain until well into the third trimester (putting it past the 20-week mark), it seems conservative lawmakers—in many cases, emboldened by a President-elect Donald Trump—are pushing an aggressive pro-life agenda.

A woman’s right to make decisions over her own body isn’t a newly fraught political issue. The GOP platform has historically been against abortion, especially when it comes to “late-term” procedures. However, ever since Trump inaccurately described late-term abortions as “ripp[ing] the baby out of the womb,” there has been much confusion over what that term actually means.

What are late-term abortions?

What are the laws surrounding late-term abortions?

Late-term abortions are legal in the United States under Roe v. Wade, which decided in 1973 that doctors have the right to decide the fetus’ “viability”—its ability of sustained survival outside the woman’s body with or without artificial aid. However, the ruling also gave states the ability to enact certain abortion restrictions, which many states have taken to mean making abortions burdensome.

There are several states with bans preventing late-term abortions entirely or limiting them to very specific cases where the pregnancy affects the health of the person carrying the child. The 15 states that have banned abortions past the 20-week point include: Alabama, Arkansas, Georgia, Indiana, Kansas, Louisiana, Mississippi, Nebraska, North Carolina, North Dakota, Oklahoma, South Carolina, South Dakota, Texas, and Wisconsin. Iowa, Texas, and Virgina ban abortions 28 weeks after gestation.

How many people are getting late-term abortions?

Why do people get late-term abortions?

Planned Parenthood notes that there are several reasons someone may have an abortion during the third trimester, including things like provider shortage (which occurs in many states with Targeted Regulation of Abortion Providers laws, created to make getting an abortion cumbersome); financial barriers (36 percent of women having second trimester abortions said they needed time to raise money to have the abortion, according to Planned Parenthood); and medical risks like fetal anomalies, history of miscarriage, or certain kinds of infections and illnesses that are exacerbated as the pregnancy progresses.

Why are late-term abortions controversial?

Many people believe that late-term abortions are unethical because the fetus may be able to feel past a certain point. However, Planned Parenthood notes:

20-Week Bans Are Part of an Agenda to Ban All Abortion: The introduction of these bans doesn’t come in isolation. They’re part of a dangerous, out-of-touch, and coordinated effort to chip away at abortion access. Anti-abortion politicians in Congress and state legislatures are pushing their agenda, bit by bit, to ultimately outlaw abortion completely.

Because “late-term” is not precisely defined, when anti-abortion activists use it as a catchall, it often evokes the image of a baby being killed right before birth. But since that’s not the case, banning late-term abortions is a slippery slope that comes at a great risk for pregnant women who are in serious physical or mental danger if they don’t terminate their pregnancies.