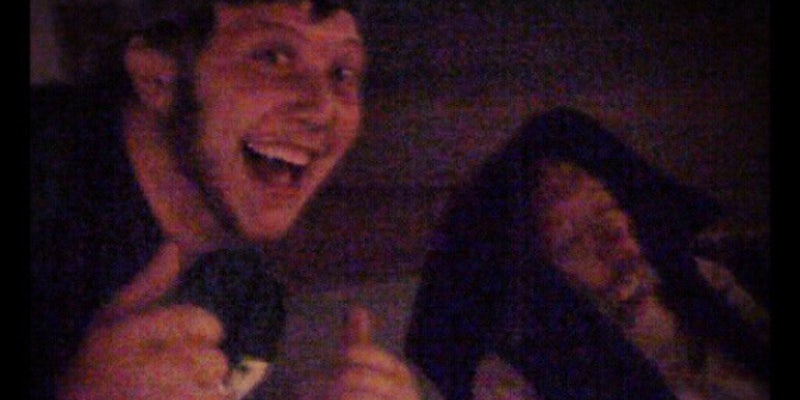 Homeless selfies give you yet another reason to hate millennials

And you thought funeral selfies were bad...

Hey! Want something to be mad about? How about people using the indigent as photo props?

Selfies With Homeless People, a Tumblr collecting (you guessed it) the selfies people take with homeless people, should do the trick. Jason Feifer, who previously posted images from social media of people taking selfies at funerals, is now amassing a collection of images, mainly from Instagram and Twitter, that show mostly young people either posing with a passed-out person who looks homeless or corralling them into their photos as a gross-out prop.

To find these images, Feifer just searched for posts tagged with variations of “homeless” and “selfie.” Despite the ethical gutter one would have to stand in to deliberately choose to dehumanize people without homes, Feifer found plenty of material. Most of the people taking these photos are young. Many of the photos feature the selfie-taker smiling and laughing or pointing at a destitute-looking person sleeping in a public space. None of the captions call the homeless person by their name; they are always just #homeless.

Basically, these people have the same moral compass as Mugatu from Zoolander. The world is their Derelict campaign.

When Feifer created the Selfies at Funerals Tumblr, there was a surprisingly spirited defense of people who took selfies of themselves attending or getting ready for funerals. “First of all, to state the obvious, don’t tell anyone how to grieve. Especially children,” PJ Vogt wrote for On The Media. Well, that seems fair: we should not police the mourning processes of younglings and shame them for the manifestations of their duress.

But homeless selfies are a lot harder to justify. It would be one thing if the selfie-takers were volunteering at a homeless shelter and they had a relationship—even a passing acquaintance— with the homeless individuals in their photos. But in all of these photos, even the ones where they are posing with a homeless person who is awake and smiling, they refer to the person only as homeless. This is not someone whose name they have learned.

Selfies With Homeless People primarily features younger selfie-takers. This doesn’t mean that young people are more callow than older people. People of all ages, from every generation, are rude to the homeless, but the younger generation proudly documents it on the Internet. Being fairly rigidly against taking photographs that treat homeless people as accessories doesn’t mean you’re intolerant of a younger generation’s approach to interfacing with the world. It means you’re intolerant to people being assholes.

One silver lining: Perhaps this Tumblr and these photos will incite people to think differently about the way we treat people who are struggling.

This is what Feifer hopes. “The [funeral] selfies Tumblr sparked a lot of talk about how we mourn, which I thought was fascinating, and certainly encouraged me to put this one together,” he told the Daily Dot via email. He has included links to City Harvest and Habitat for Humanity and encouraged people visiting the blog to donate to organizations that help the homeless.