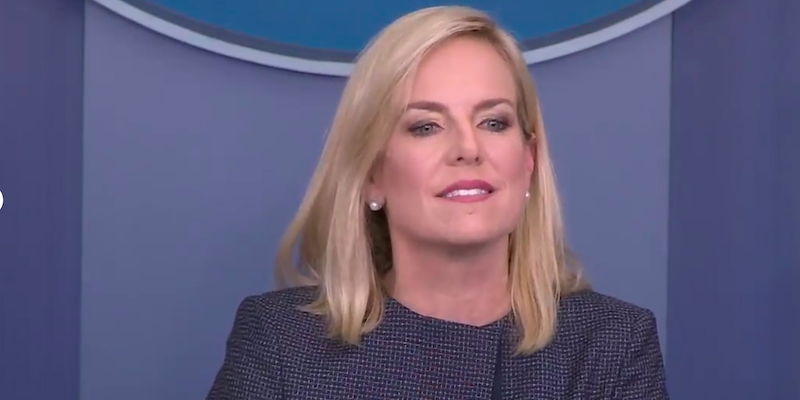 He overturned the order after saying he couldn't.

President Donald Trump signed an executive order Wednesday directing his agencies to end the enforcement of policies separating immigrant families at the border, a practice his administration implemented last month.

Titled “Affording Congress an Opportunity to Address Family Separation” Trump’s order states that “the Secretary of Homeland Security (Secretary), shall … maintain custody of alien families during the pendency of any criminal improper entry or immigration proceedings involving their members.”

It also states the “Attorney General shall promptly file a request … that would permit the Secretary …  to detain alien families together throughout the pendency of criminal proceedings for improper entry or any removal or other immigration proceedings.”

The news comes after the Department of Homeland Security (DHS) Secretary Kirstjen Nielsen drafted a proposal to end the highly controversial practice of family separation, according to the Associated Press.

Nielsen, who in recent days became the face of the controversy which saw children of immigrants removed from their parents at the U.S. border and detained in tent cities, was booed at dinner in Washington, D.C., on Tuesday.

In advance of the executive order this morning, Trump cryptically tweeted he was “working on something.”

It’s the Democrats fault, they won’t give us the votes needed to pass good immigration legislation. They want open borders, which breeds horrible crime. Republicans want security. But I am working on something – it never ends!

That DHS could draw up plans to end the practice of family separation stands in complete contrast to statements made by Nielsen at the White House. She said her department was required to enforce the law as is and repeatedly said only Congress could intervene.

The practice swiftly became the top story across the world in the past week and has been vociferously criticized by numerous prominent figures across the political spectrum.