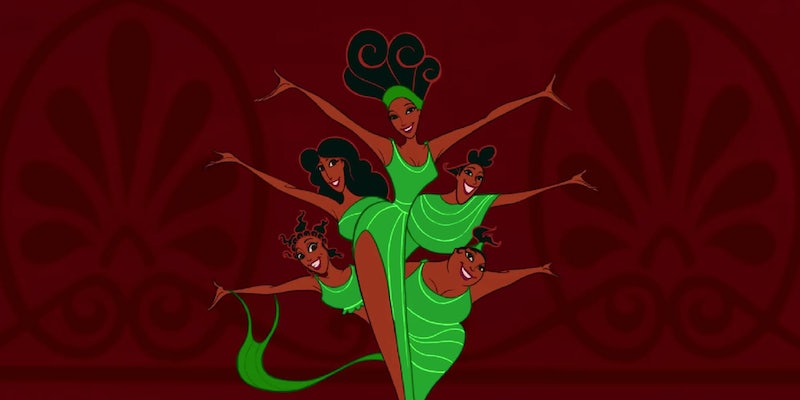 Some have already picked out their dream cast, which includes stars such as Jennifer Hudson, Amber Riley, and Kelly Rowland.

The internet is abuzz after news dropped of a possible live-action adaptation of 1997’s Hercules, with fans calling for appropriate casting the Muses—the sisters who brought gospel and soul to the animated hit.

The Hollywood Reporter confirmed the upcoming remake, reporting brothers Joe and Anthony Russo are connected to the project, with Dave Callaham hired to write the script. Disney’s recent live-action remakes have been hit or miss, with much anticipation building around the actors cast to play animated favorites.

Many took to online campaigning, calling on Disney to ensure the live-action remake does the animated movie justice and that dark-skinned Black women are cast to play the Muses.

Some have already picked out their dream cast, which includes stars such as Jennifer Hudson, Amber Riley, and Kelly Rowland.

“Um, hello @DisneyStudios remember me!,” Riley tweeted from her personal account after news of a Hercules remake circulated online.

The Muses added undeniable soul to the Hercules soundtrack, with their gospel-laden songs—all the more reason some say Disney needs to ensure the Muses are appropriately represented in the movie’s live-action version.

Gospel music has strong ties within the Black community, especially urban contemporary gospel music, which has tapped into some mainstream success over the years. Some even suggested gospel artists such as Yolanda Adams and Kierra Sheard would be shoe-ins for the remake and that music produced by gospel artist Kirk Franklin would elevate the film even more.

“Putting smart lyrics with gospel music really created a very unique blend, and the best example of that was on Zero to Hero, which was just this roller coaster of lyrical cleverness,” said composer Alan Menken to Entertainment Weekly when discussing iconic Disney songs.

Menken has composed numerous Disney movies, including Hercules, Aladdin, and The Little Mermaid.

Previous Disney live-action casting hasn’t been without controversy. When Disney announced its cast for 2019’s Aladdin, some expressed dismay over their choice to play Jasmine, actress Naomi Scott, due to her rather fair complexion in comparison to the animated character in the 1992 film.

Only time will tell if Disney will live up to the gospel truth and give the people what they want this time around.