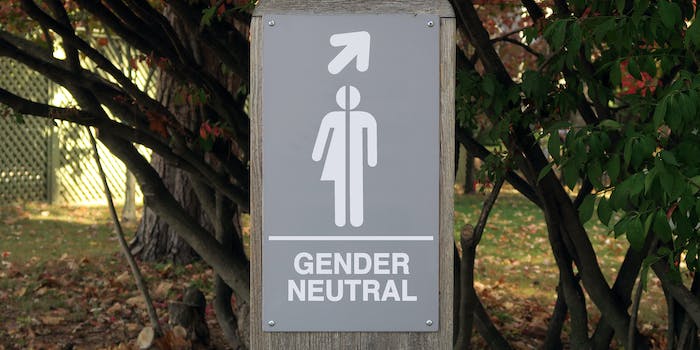 A new H.B. 2 repeal bill has been sponsored across party lines in North Carolina, but both LGBTQ activists and North Carolina lawmakers warn that the measures might not be strong enough.

According to the text of bipartisan H.B. 186, otherwise known as “Repeal HB2/State Nondiscrimination Policies,” the bill would change lawmaking capabilities so that “only the General Assembly may regulate access to multiple occupancy bathrooms, to showers, and to changing facilities within the State.” Cities would also be able to increase municipal anti-discrimination protections beyond state laws, granting city governments to ability to provide further protections based on sexual orientation or gender identity.

The bill was sponsored by two Democrats and two Republicans, after ongoing controversy regarding H.B. 2’s demand that transgender citizens use multiple occupancy bathrooms based on the sex marker on their birth certificate, instead of the gender they identify with. The law also blocked LGBTQ rights legislation on both a local and state level.

However, if H.B. 186 becomes law, cities would still be able to regulate single-occupancy bathrooms, as well any bathroom or facility owned by a city government. This could grant municipalities a legal loophole to discriminate within government buildings. Municipal citizens could also propose a referendum against anti-discrimination ordinances if they are able to collect enough signatures from local voters. This would allow anti-discrimination policies to be put to a public vote.

Chris Sgro, executive director for Equality North Carolina, believes the bill could enable long-term problems that H.B. 2 has introduced. “We don’t need a referendum that will hurt cities’ abilities to govern, put civil rights on the ballot and cause hundreds of many H.B. 2’s across the state of North Carolina for years to come,” he told ABC11. “Can you imagine that kind of sustained economic damage and what kind of decades-long debate that we will face?”

Gov. Roy Cooper, who won the 2016 North Carolina gubernatorial election against incumbent Gov. Pat McCrory, also believes that the bill is still lackluster. “We must repeal House Bill 2 and I remain committed to getting that done,” Gov. Cooper told FOX8. “But I am concerned that this legislation as written fails the basic test of restoring our reputation, removing discrimination, and bringing jobs and sports back to North Carolina. I will keep working with the legislature.”