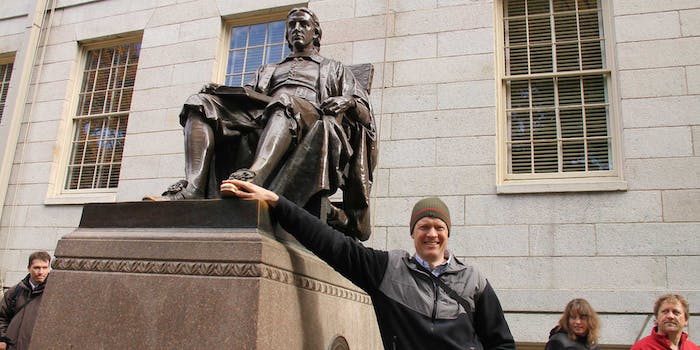 A study has reported that only 1 in 4 Harvard students have sex on campus. But the internet reveals all.

The results are in: Harvard students are a bunch of sexless nerds. 24 percent of those graduating from the Ivy League institution this year didn’t have sex in college. In fact, 21 percent of all students surveyed indicated they were never in a romantic relationship of any sort during their time at the university.

The findings come to us by way of The Crimson, the Harvard campus newspaper. The survey dissects all kinds of demographic information, from family income to political affiliation. But here’s where the class of 2015 stands when it comes to sex: 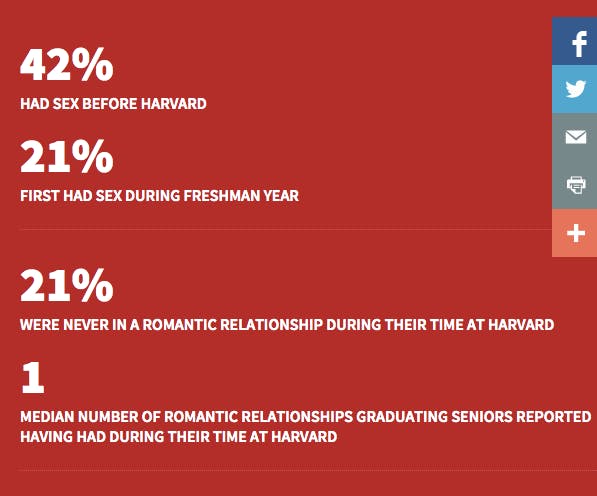 The cliche, of course, is that Harvard students are too busy making the grade to nurture healthy romantic relationships. But this attitude isn’t really reflected in the campus chatter on the location-based social network YikYak. In fact, Harvard’s YikYak feed is just as sexually charged as you’d expect any college anonymous app to be: 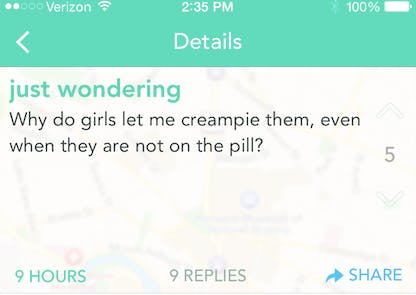 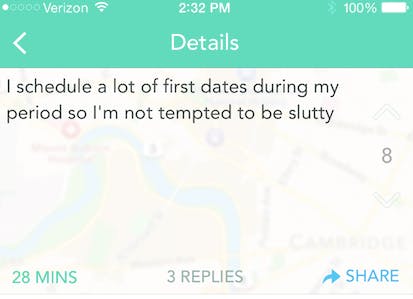 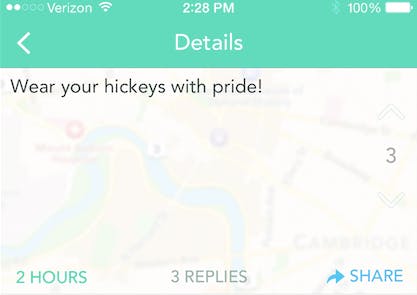 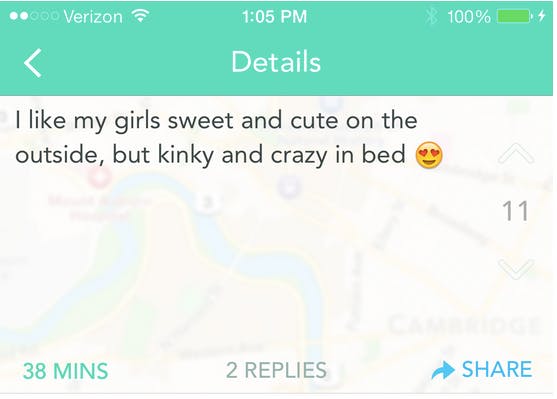 There’s also this anonymous confession, which flies in the face of the Crimson‘s findings in the most succinct way possible: 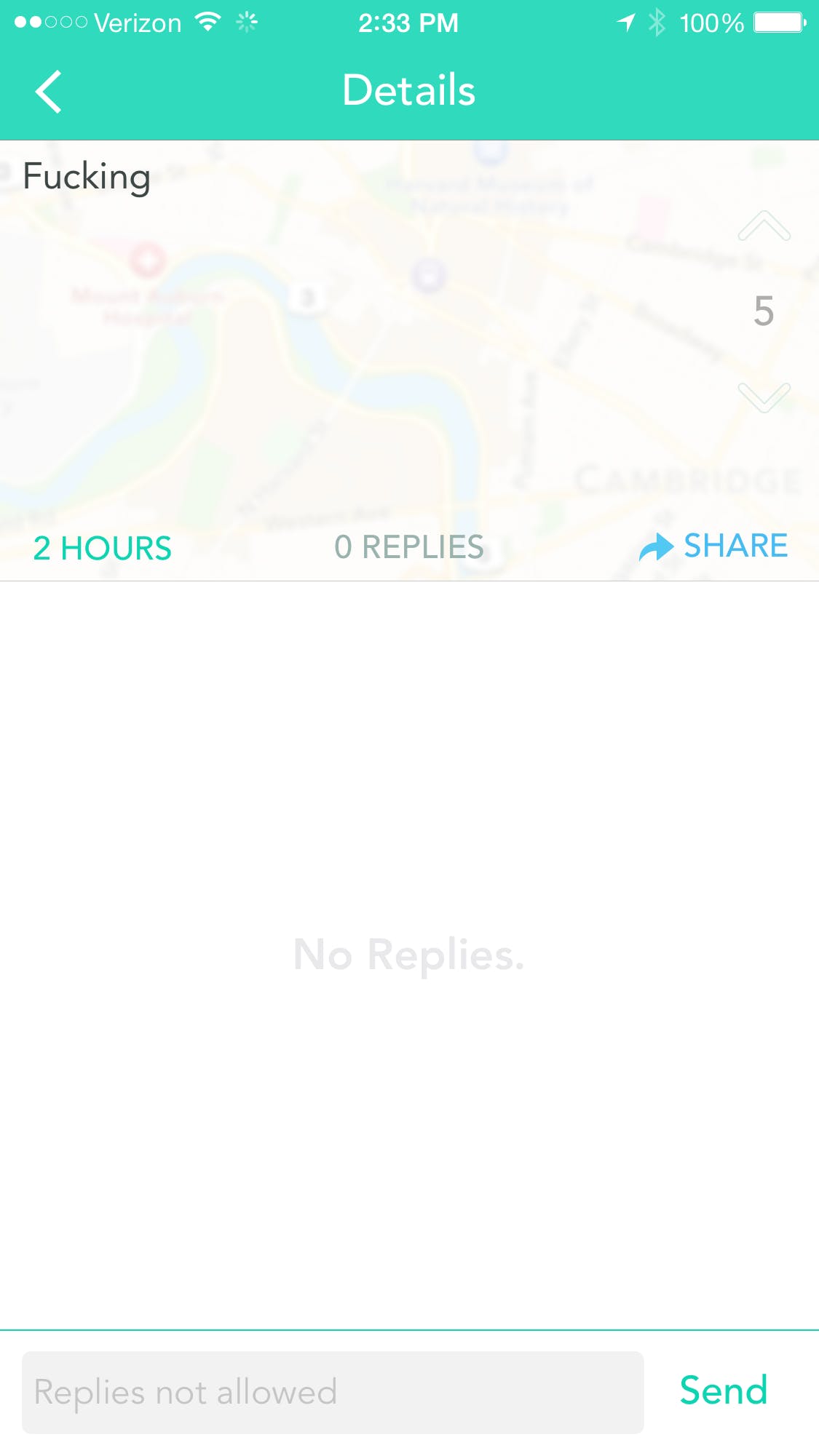 A scan of Harvard rival Yale University’s feed makes no mention of the survey either. But it wasn’t tough to find evidence of hot, steamy Ivy League fucking on YikYak or the photo-sharing app Yeti. 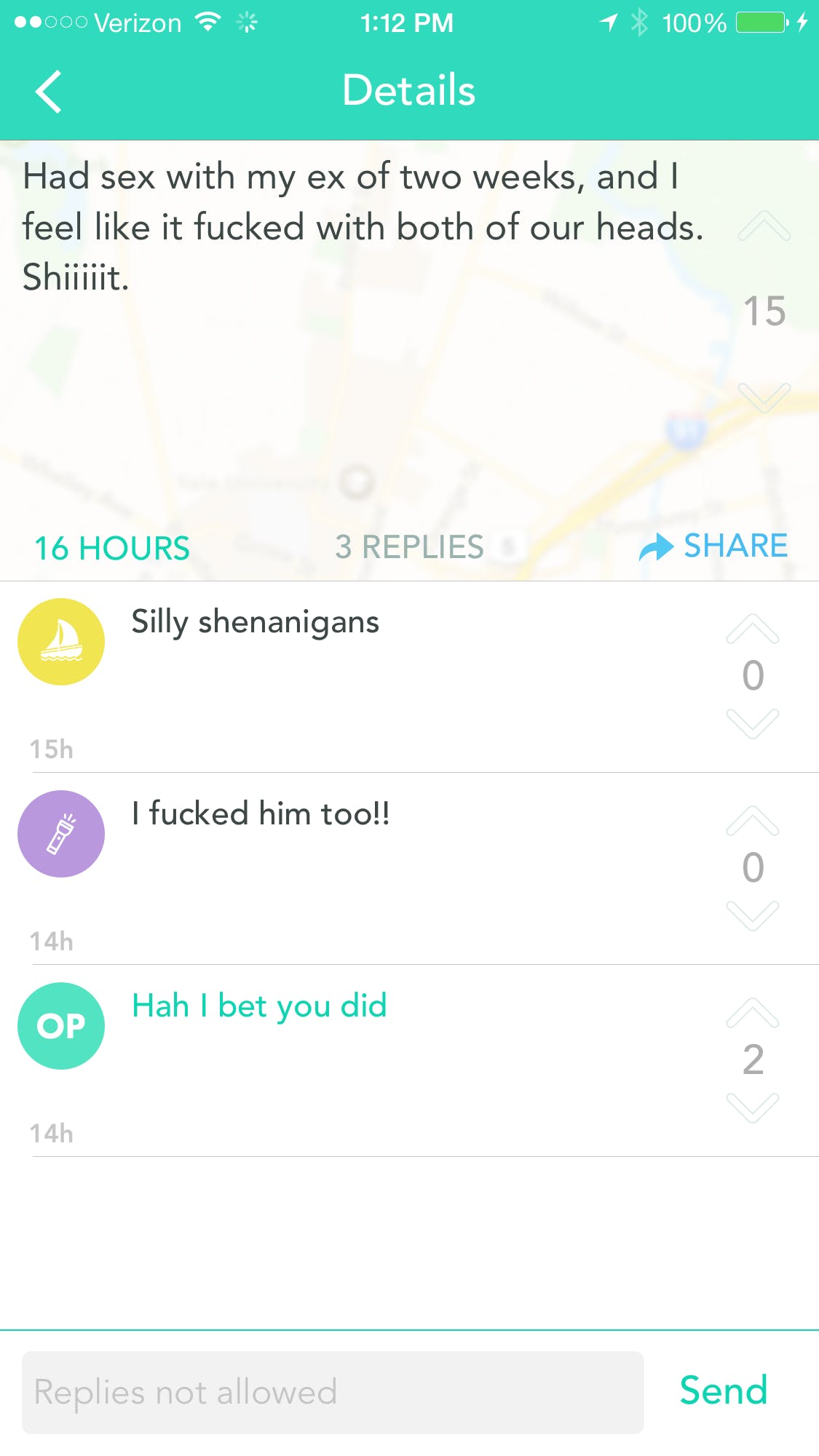 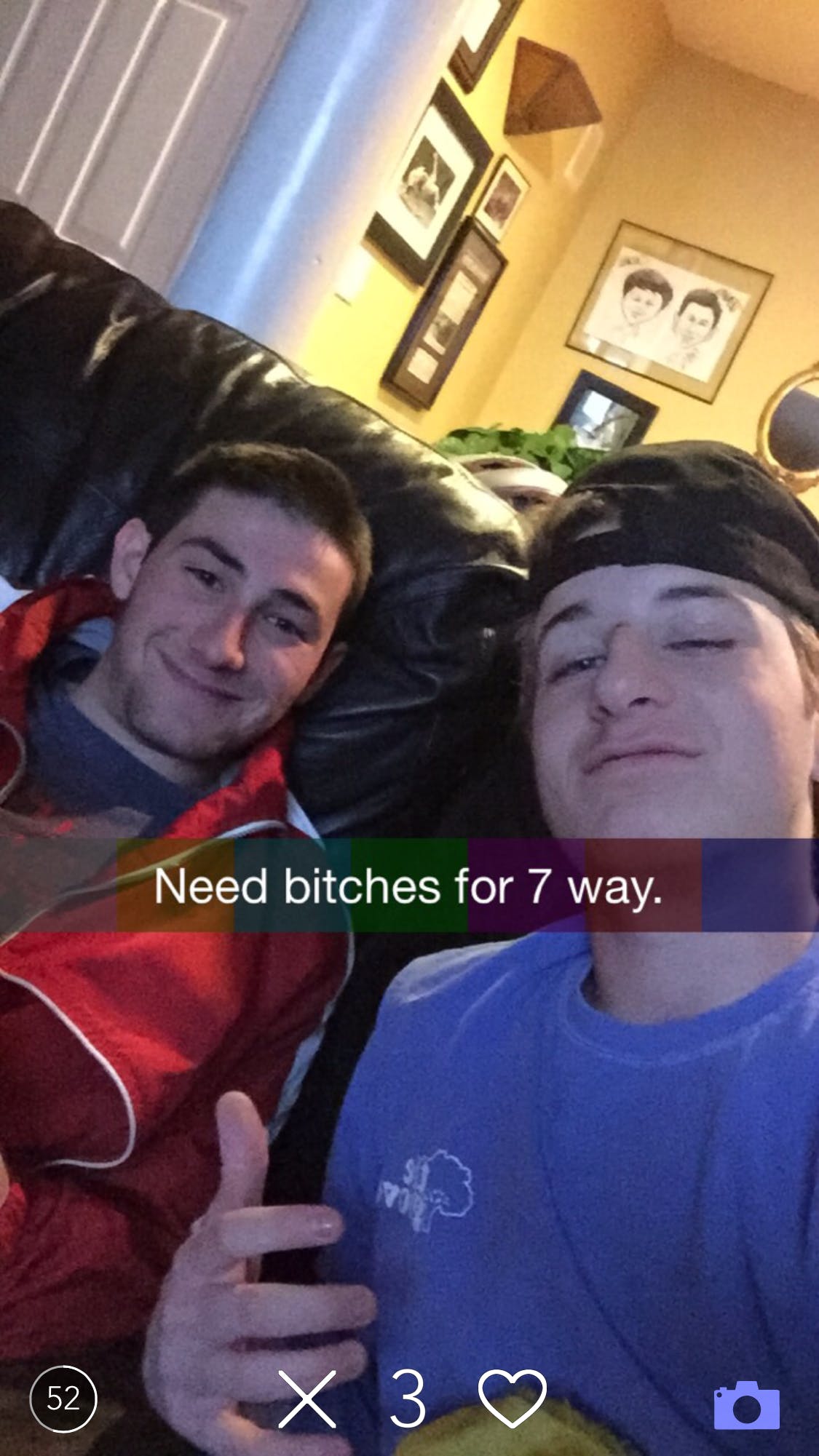 (OK, yeah, those guys are probably virgins. But still.)

Most people believe that college is a time for rampant promiscuity, and statistics show that conception is not too far off the mark. According to one survey, a whopping 87 percent of college students report having had some form of sexual contact during their time in school.

It’s easy to think Harvard students are somehow more intellectually high-minded than other college students, which might lead some of us to mock them for being sexless nerds. But it seems that when it comes to sex, students at Harvard are just as libidinous as they would be anywhere else.