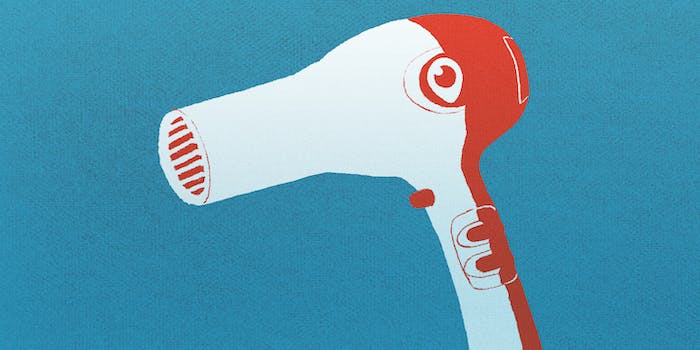 The hottest way to watch hair tutorials is a Periscope broadcast.

In the summer of 2015, hairstylist Julie Rose became interested in balayage, a hair painting technique that delivers soft-focus highlights to hair. Once upon a time, a hair guru looking to sharpen her skills may have fired up YouTube, searched hashtags on Instagram, or even enrolled in a class. But Rose, the co-owner of Twigs Salon in New York City’s East Village, found her answers on Hairiscope—that is, Periscope for the hairstylist community—instead.

Periscope is a streaming video app where people can film and broadcast events—or their daily lives—in real time. Unlike YouTube, where information is directed only one way, a Periscope broadcast is interactive. Viewers can comment to ask questions to the subject and receive an immediate response, whether it’s during a reading of Moby Dick or a wedding. All videos remain on the user’s account for only 24 hours before disappearing.

Two million people log into the app every day, Re/code reported in August, and it has had 10 million users create accounts since it launched in March. Although Periscope is certainly not as popular as Facebook or Twitter (which owns the app), it is becoming a must-use social media platform hairstylists, salon owners, and other people in the beauty industry. All one has to do is search the hashtag #hairiscope to be sucked down the rabbit hole of bobs, balayage, and bobby pins. 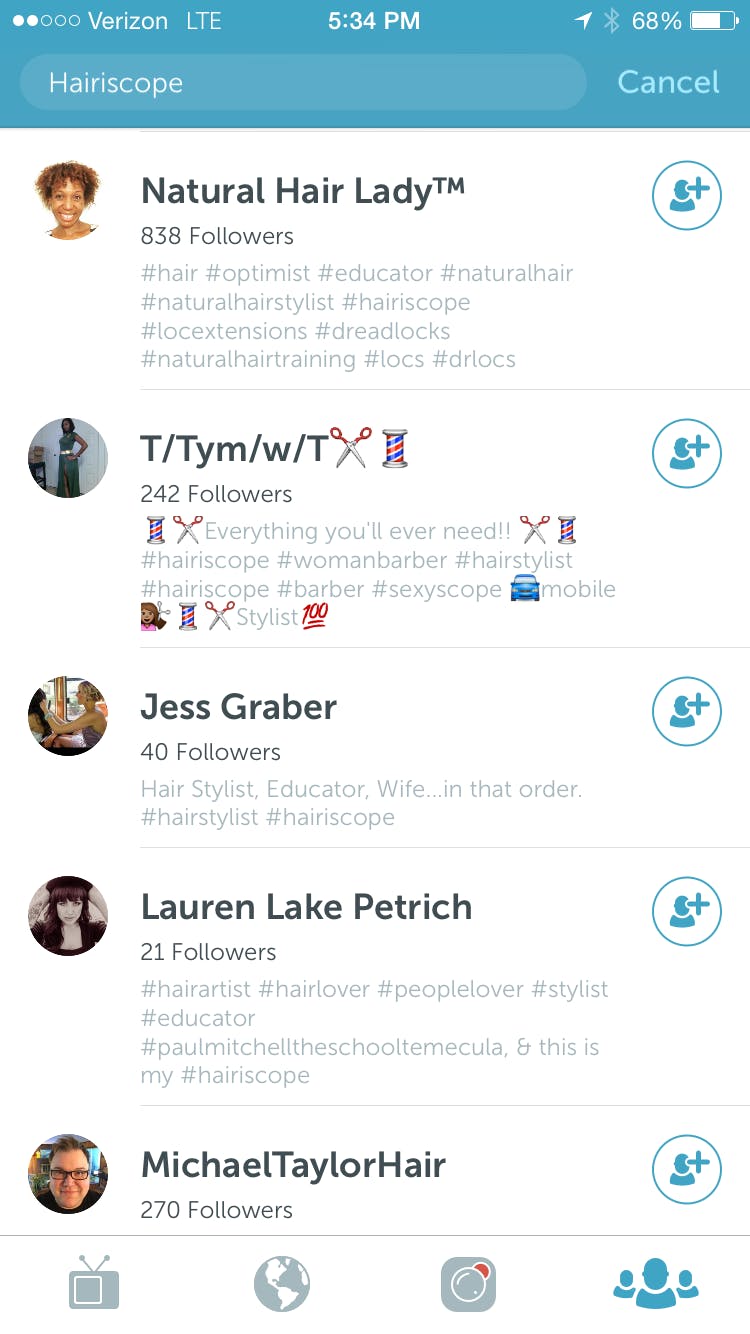 Rose learned about Hairiscope from Instagram, after some favorites she followed began posting links to their new Periscope accounts. She appreciated how Hairiscopers could show the steps behind each look and offer real-time tips on how to recreate them. Some experts in the hair industry are now directing users to Periscope from their other social media accounts. Popular Los Angeles-based stylist Guy Tang, for example, regularly plugs his upcoming Periscope streams for his 22,000 Twitter followers .

LIVE on #Periscope: From Pink to green color remover https://t.co/gnzti7wN7l

The same goes for Jenny Strebe, who has the popular YouTube channel Confessions Of A Hairstylist and directs her 226,000 Instagram followers to Periscope in her bio. Professionals like Tang and Strebe benefit from positioning themselves as experts within their community, and of course, they can check out each others’ processes. And viewers like Rose find the ability to ask questions to other stylists and get immediate answers—”What kind of brush are you using there?” “What brand of product is that?”—an asset that other social media networking services cannot match.

Maria Booth, a Charlotte, North Carolina-based stylist and owner of Volume Salon, travels the country teaching master classes and was an early adopter of Periscope. Now, she’s one of the most popular Hairiscopers on the platform with about 2,500 followers. (That may not sound like a lot, but many Hairiscopers don’t crack 100 followers. And for a service that is slowly growing, it’s nothing to sneeze at). “I’ve always taught my staff,” Booth said. “I’ve always liked to teach. I heard about [Periscope], and it’s like reality TV on your phone. I love that you can watch people work.”

Hairiscopers hail from all over the world, although there’s a heavy concentration of users and commenters from the United States, Great Britain, Australia, Korea, and Japan. And once stylists have dedicated followings, they sometimes dabble in non-hair videos to see how their fans will react: One hairstylist who brought her phone along on a work trip to London Periscoped a mix of sightseeing and hair classes. Both got lots of hearts, i.e. “likes.”

Contrary to the nastiness that can fester on other social media outlets, Hairiscopers say the community is overwhelmingly positive and supportive. “It feels like all your friends are on your phone,” said Booth, explaining why she loves the Hairscope community. It also seems not to be overrun with #brandedcontent just yet: While some of the bigger names like Tang have endorsement contracts with certain brands such as Wella or Pravana, they don’t turn their videos into commercials. They often use multiple products in a single mini-class and focus on which one works for different models and different kinds of hair.

And of course, Hairiscope can also be a front row seat for impending beauty disasters. Rose recalled watching one Periscope stream where an assistant didn’t clean a brush properly before pulling it through a model’s hair and commenters immediately started wondering if the assistant was going to get in trouble. (The video cut out before any salon drama could take place.)

Ultimately, the most successful Hairiscopers are the ones who engage with their followers, said Rose. “Having a good personality, speaking clearly, good teaching, good technique,” she said, rattling off the same list of attributes that most would ascribe to their favorite YouTube stars. “And not being too serious. Hairstylists are pretty lighthearted.”

As much as stylists are flocking to Periscope, though, there is one downside to their favorite new online platform: Some stylists are concerned that giving clients too much of a behind-the-scenes peek might make them less impressed with a stylist’s skill or technique. If clients watch Hairiscope, some stylists worry, all the magic might disappear. “I feel like I might hate it if people started coming in and saying ‘That’s not how they did it on Periscope,'” fretted Rose. To preserve some of the mystery, Booth, who has Periscoped some of her clients’ sessions (after getting their consent first), doesn’t discuss some topics on camera.

Hairstylists may worry about what might happen when their clients learn how the sausage is made, but there is one thing to keep in mind: The popularity of cooking tutorials on the Food Network hasn’t kept people from going to restaurants. Hairiscope can be a tool that reveals all their secrets but for now it’s great fun—and it could be the platform that makes them a star.