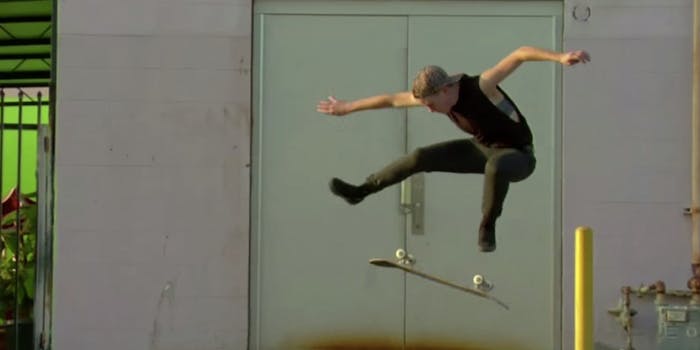 There are tons of out LGBT pro athletes. So why did ESPN just call Gus Kenworthy the first?

Freeskier and Olympic medalist Gus Kenworthy is a lot of great things. But the first openly gay athlete in action sports is not one of them.

It’s always exciting when an athlete comes out, especially a male athlete who generally faces more prejudice and potentially homophobic reactions in the sporting world. So when Kenworthy, an X Games star and winner of the silver Olympic medal at Sochi, came out today in an ESPN interview and on Twitter, a lot of fans were thrilled.

Today is the first day of the rest of my life.

Ripples of love and support were seen across social media as the news spread. Other athletes congratulated Kenworthy—not just for being at the top of the field, but for showing courage and inspiring LGBT youth everywhere.

But there was also a massive inaccuracy spreading, too. Thanks to an ESPN social media headline, and the “slug” or link address of the article, the idea quickly caught on that Kenworthy is the first openly gay athlete in action sports (often called extreme sports). 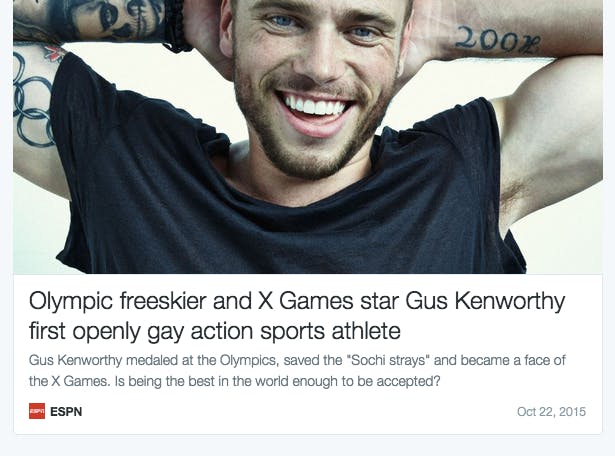 That is unequivocally untrue.

While Kenworthy will surely make waves by coming out, referring to him as the “first openly gay action sports athlete” disregards the many out LGBT pro skaters, snowboarders, ski jumpers, mountain bikers, BMX riders, and other figures that have been pushing boundaries in extreme sports for years.

Many of the out pro action sports athletes are women, though there are also famous gay men and fearless trans athletes, too. Some of the most well-known LGBT athletes aren’t even pro, such as amateur BMX master and trans woman Chelsea Fietsgodin, who nearly broke the Internet in 2014 when a video spread touting her skills as “the best girl BMX rider ever.”

When Missy “The Missile” Giove won the 1994 World Champion title in Mountain Biking, she instantly became the sport’s first female superstar. With her braided and bleached mohawk, dead piranha necklace, and surly sneer, Giove was a heartthrob to lesbians everywhere—even posing topless for a 2003 cover of Girlfriends magazine. Giove was out from the start, with a fearless, “fuck you” attitude to hand anyone who had a problem with gay athletes.

Another gay action sports legend from the past is pro skateboarder Tim Von Werne. In 1998, his sponsor pulled an interview from Skateboarder magazine because he talked openly about being gay. Not much was said about Von Werne’s career being cut short at the time—only that it ended due to ‘controversy.’ Von Werne was essentially forced into the closet and out of sports, and is now a scientist living in London with his husband, according to a 2011 article in Huck.

In 2002, not only was skateboarder Jarrett Berry thought to be the first openly gay male skater, he also posed for the cover of the skate rag Big Brother doing grinds on a rail while wearing a pair of assless chaps. The magazine’s interview was classically snarky and offensive, but nonetheless featured Berry as a coveted, skilled skater. 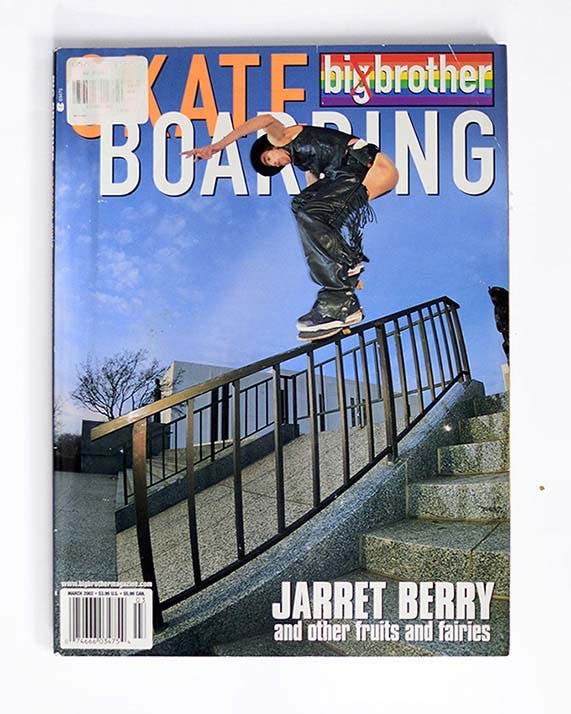 But that was all years ago. Nowadays, if you ask anyone in action sports whether there are out LGBT athletes, they might name some of the six out Olympians that competed at Sochi, including snowboarders Cheryl Maas and Belle Brockoff, and gay ski-jumper Daniela Iraschko-Stolz. Maas famously protested Russia’s anti-gay laws by raising a rainbow glove into the air after finishing the Slopestyle event.

Skateboarding is even more queer now than it was in years past, with young out lesbians like Lacey Baker and Vanessa Torres dominating the women’s skateboard events at the X Games. Baker won a gold medal in street skating in 2014, while Torres took home gold in the skatepark category in 2003 and silver in the street event the next year.

Baker and Torres aren’t the only out gay pro skaters, but both are notably dominant at the X Games—which is sponsored by ESPN. And each athlete has a lengthy bio page on ESPN’s X Games website.

Extreme sports has long been known for its give-no-fucks attitude; rebellion and alternative fashion and lifestyles are built into the culture in a way that isn’t found in, say, football. Action sports  like snowboarding grew out of the fringes, out of street skate culture, and fought long and hard to be taken seriously as sports and see inclusion in events like the Olympics. Perhaps because LGBT people are often drawn to subcultures that mirror a sense of outsiderness, LGBT athletes have always been a part of the extreme sports world.

For ESPN to ignore the many out LGBT X Games and Olympic stars that came before Kenworthy sends a confusing message. How do we applaud one athlete’s bravery for coming out while pretending the others simply don’t exist?