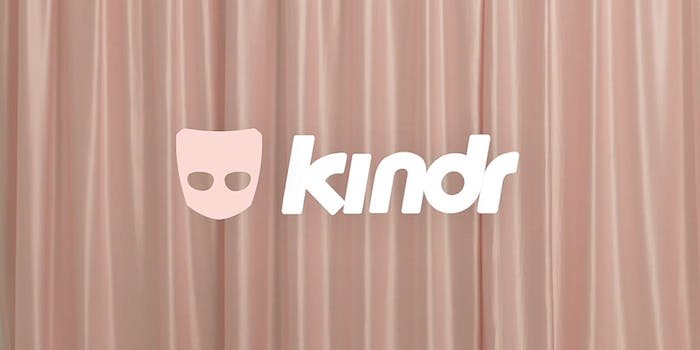 The initiative 'Kindr' seeks to make the platform more inclusive.

For many, discrimination is so rampant in online dating that they quickly stop, delete their apps, or don’t even bother trying altogether. Even on services specifically for marginalized people, like Grindr, discrimination has long been loudly and proudly displayed, with people putting phrases like “no fats, no femmes, no Asians” in their bios. According to Grindr though, that culture is changing today.

Grindr has launched an initiative called “Kindr” to challenge and reduce discrimination. It arrives in two main parts, one being changes to its community guidelines, the other being an effort to educate its users on the effects discrimination has on the gay community.

The biggest change to community guidelines is that discriminatory language will no longer be allowed in user bios. Grindr says it wants people to communicate their preferences, but this should be about what they like, not what they don’t like. The new guidelines state, “Profile language that is used to openly discriminate against other users’ traits and characteristics will not be tolerated.”

Landen Zumwalt, head of communications at Grindr, explained to the Daily Dot that the guidelines were originally pretty vague, but they’re now strengthening them to make sure Grindr is an inclusive, safe space.

“Sexual racism, transphobia, fat and femme shaming, and further forms of othering, such as stigmatization of HIV positive individuals, are pervasive problems in the LGBTQ community,” said Zumwalt. “These community issues get brought onto our platform, and as a leader in the gay dating space, Grindr has a responsibility to not only protect our users, but also to set the standard for the broader community that we serve.”

Undoubtedly, many of the users who’ll now be flagged for discriminatory language in their profiles won’t be happy, but Grindr is focused on education to mitigate that response. The company is releasing a video series on the harms of dating discrimination. The first focuses on racial discrimination. Different Grindr users were given space to talk about their experiences of discrimination, how it affected them, and why ending that explicit discrimination is important. One user, Joel, who talked about discrimination against Asian men, explained it simply saying, “If you don’t put ‘no Asians’ in your profile, it doesn’t mean you have to f*ck Asians now. It just means I don’t have to see it.”

Zumwalt described to the Daily Dot how powerful it was to be involved in producing the Kindr video series. “It was so empowering to see people standing in their truth,” he said. “We know that visibility is one of the keys to civil rights moving forward.”

The series will also cover body shaming, HIV stigma, transphobia, and femme shaming. Zumwalt says that moving forward, Grindr is planning to continue being in conversation with its users, as well as community activists, and hopes to lead the charge for other dating apps to fight discrimination as well.