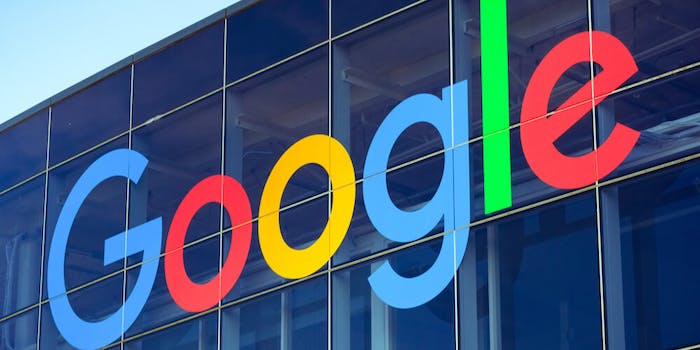 Report: Google fires employee after she let others know they had a right to unionize

The former employee said she received a perfect score on her last performance review.

Google has fired a fifth employee involved in labor organizing, according to reports.

Kathryn Spiers, a hacker and former member of the platform security team, was let go last Friday after she wrote code that prompted a notification telling Google employees, referred to as “Googlers,” that they had a right to organize.

According to the New York Times, Google hired a union-busting firm in November to assist with the worker unrest that Google has been experiencing for the past two years.

“Googlers have the right to participate in protected concerted activities,” Spiers’ notification read. The notification popped up on employee’s screens when they visited the firm’s site or the company’s community guideline page.

Spiers, who published an op-ed in the Guardian, said she got the required approval for this type of code change, which happens all the time.

“We frequently add things to make our jobs easier or even to just share hobbies or interests,” Spiers wrote. “The company has never reacted aggressively in response to a notification such as this in the past. It’s always been a celebrated part of the culture.”

But this time the company did react, suspending her and putting her through several rounds of interviews before eventually terminating her for violating Google’s security policies.

“I believe Google has overreacted in an egregious, illegal and discriminatory manner,” Spiers wrote. “The notification I wrote had no negative effect on our users or other employees and Google will do its best to justify my firing in a way that pits workers against each other but they can’t hide behind this fabricated logic forever.”

Spiers said just two months before she was fired, she received a perfect score in her performance review, given to only 2% of Google employees. She filed an unfair labor practice complaint with the National Labor Review Board on Monday.

Neither Spiers nor Google responded to the Daily Dot’s request for comment.