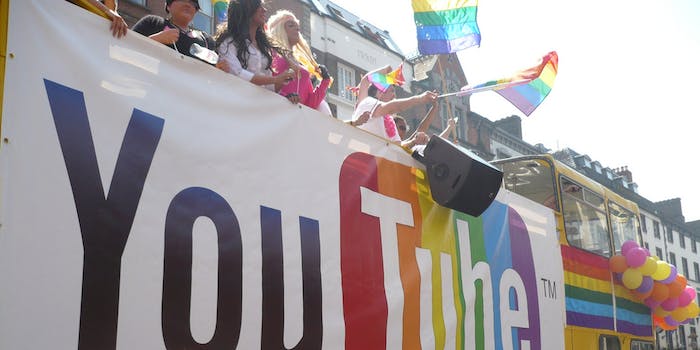 Even the Guardian's "g" is decked out in rainbows.

On the eve of the Winter Olympics in Sochi, Google voiced its support for gay rights in Russia in perhaps the most visible way it possibly could. 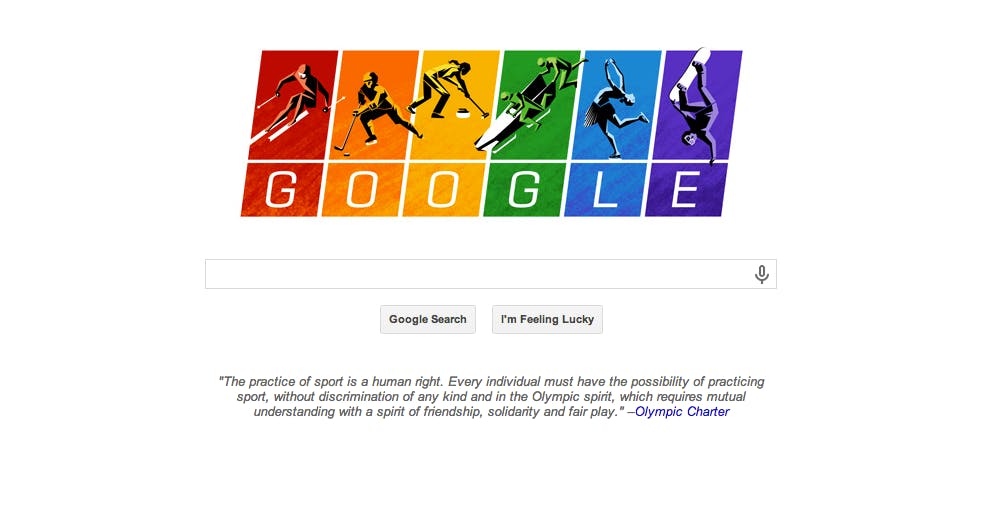 Underneath the Doodle, which are little logos that Google makes to celebrate different holidays, birthdays, and anniversaries, is a quote from a portion of the International Olympic Committee’s Olympic Charter known as Principle 6.

“The practice of sport is a human right. Every individual must have the possibility of practicing sport, without discrimination of any kind and in the Olympic spirit, which requires mutual understanding with a spirit of friendship, solidarity and fair play.”

The Google Doodle is a bold statement against Russia’s anti-gay policies. It’s not just visible in the U.S., but it’s also seen on the Russian version of Google. According to Alexa, Google.ru is the 42nd most popular website on the Internet (and the third most popular website in Russia), and it’s likely that the doodle will be seen by many Russian citizens. 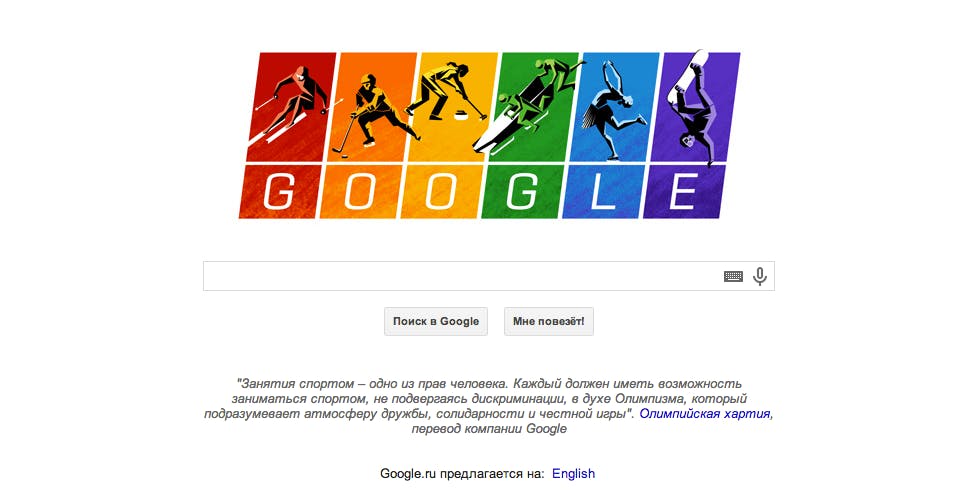 Google has been an outspoken supporter of gay rights since 2008, and it isn’t the first company to speak out against Russia’s anti-gay laws, which prohibits anyone from spreading non-traditional marriage propaganda to children. Many members of the LGBT community have faced constant threats and violence since the law passed. Three U.S. Olympic sponsors have spoken out in support of diversity, while the law has been largely criticized by many leaders around the world.

Google isn’t alone in showing its support for gay rights either. The Guardian’s logo on the UK homepage features the “G” in rainbow colors.