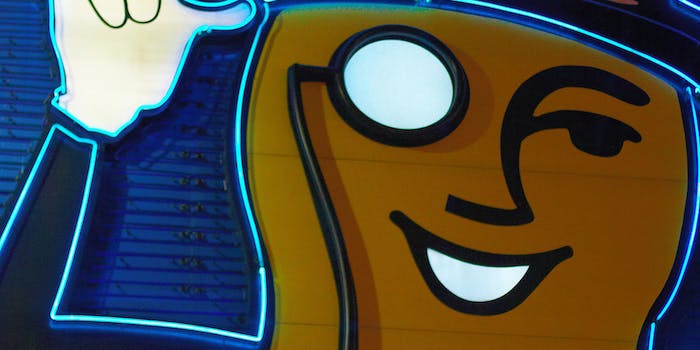 There’s a Google Doc of monocle sightings in NYC

Searching for hard evidence of a supposed fashion craze.

There’s been significant disagreement online over whether the New York Times style section was trolling us with a recent trend piece on the hipster-assisted comeback of that most elite accessory, the monocle. So Lois Beckett, a reporter at ProPublica, decided to dig deeper.

“I was hearing a lot of skepticism about this new ‘trend,’ so I thought we needed some data,” Beckett told Gawker. To that end, she created a Google Document where New Yorkers—or anyone, really—can report monocles spotted in the wild, and note any revealing circumstances.

In a few short days, 560 responses have been logged, though we really can’t credit those instances in which a monocle wearer was seen “on a bag of peanuts” or “in a movie.” Also, how many of these folks all saw the same affected weirdo strolling through Brooklyn one afternoon? 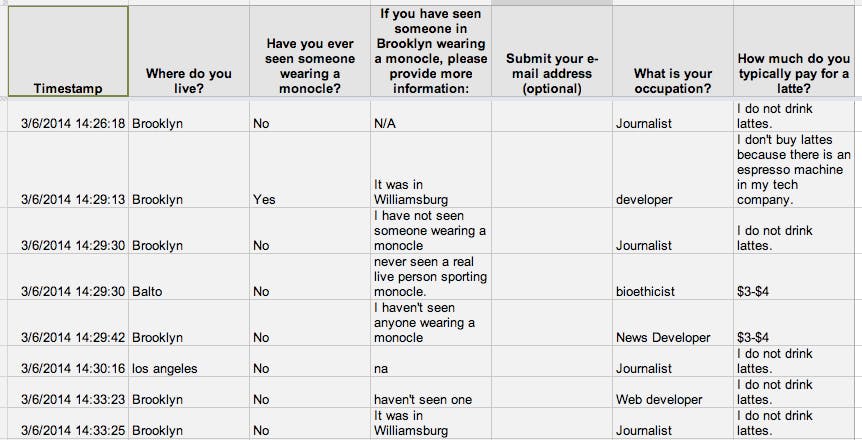 It may also be somewhat telling that almost half the entries here are from journalists, i.e., the people most invested in uncovering the truth (or utter lies) of the initial story. Then you have little hiccups like these that could compromise otherwise highly scientific results:

One Brooklynite reported seeing a person wearing a monocle, but noted, “Might have been a hallucination.”

The most tantalizing report, however, is one that notes the wearer “was a dude from the internet and actually i think he was just making a weird face.” It seems Beckett’s project, while noble, may raise more questions than it answers, including: is this all too good to be true? Probably. But the fantasy should be fun while it lasts.