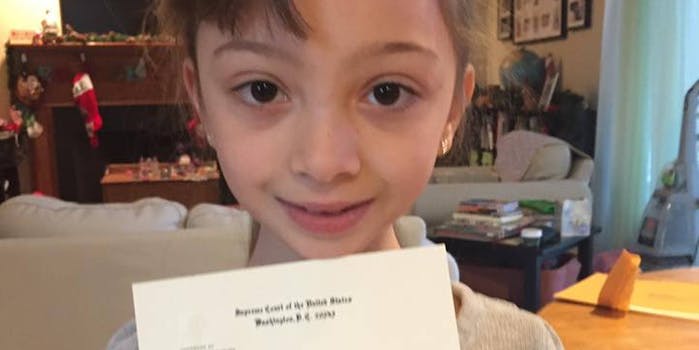 Few members of the Supreme Court have become as celebrated and prominent in popular culture as Justice Ruth Bader Ginsburg. Ginsburg, 83, is the eldest and most consistently liberal of the justices presently seated, and she’s become an iconic figure in recent years.

Now known to millions by the tongue-in-cheek moniker “Notorious RBG,” and having delivered some of the modern court’s most substantive, impassioned dissents on matters of race, gender, and reproductive rights, it’s no shock that she’s regarded by many progressives, women, and young people as a hero.

In fact, for at least one young girl, she’s a full-fledged superhero. Late last year, a Columbia, Maryland 8-year-old named Michele Threefoot showed up to her school dressed as Ginsburg for superhero day, a show of admiration after reading I Dissent, a children’s illustrated history of Ginsburg’s life and career.

The story apparently stuck with Threefoot enough for her to want to don Ginsburg’s costume for her class, and she looked pretty sharp. 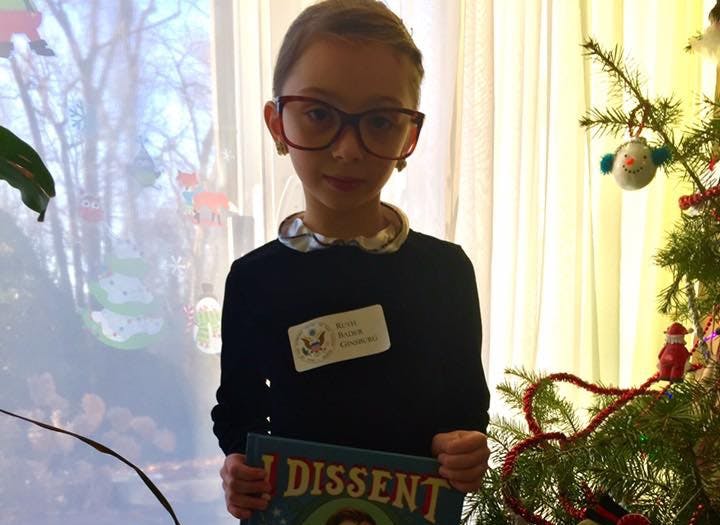 And as it turns out, young Michele actually got to hear what the woman herself thought of the costume. After the Facebook post revealing her costume went viral, it was updated with a follow-up, saying that Ginsburg’s assistant reached out to Michele’s family to get her address.

And on Friday, the note Ginsburg sent was posted for all to see. In it, Ginsburg writes (it’s hand-written by pen) that Michele looks “just like” her and urges her to continue to “thrive on reading and learning.” There was also a printed quotation included, hailing the virtue and importance of reading in forming and enabling one’s dreams.

Reading is the key that opens doors to many good things in life. Reading shaped my dreams, and more reading helped me make my dreams come true. 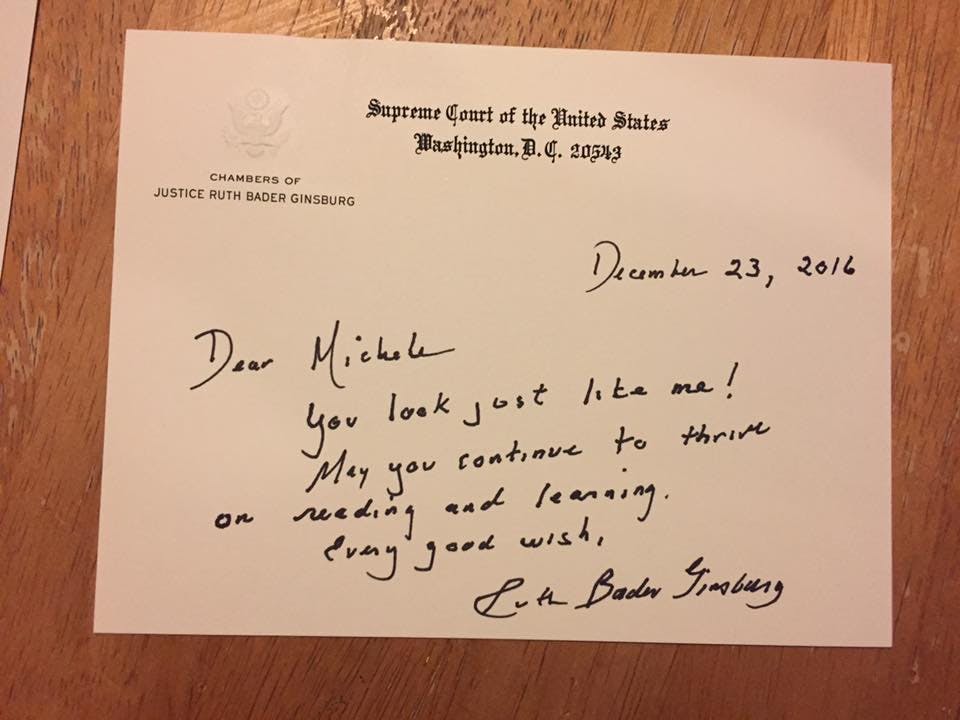 For a child so moved by an appreciation for Ginsburg, it probably doesn’t get much better than this. Krista Threefoot, Michele’s mom, quoted her daughter’s reaction to the Huffington Post.

When I read it, I felt really happy because she said I looked just like her. It was really special because she wrote it by hand. 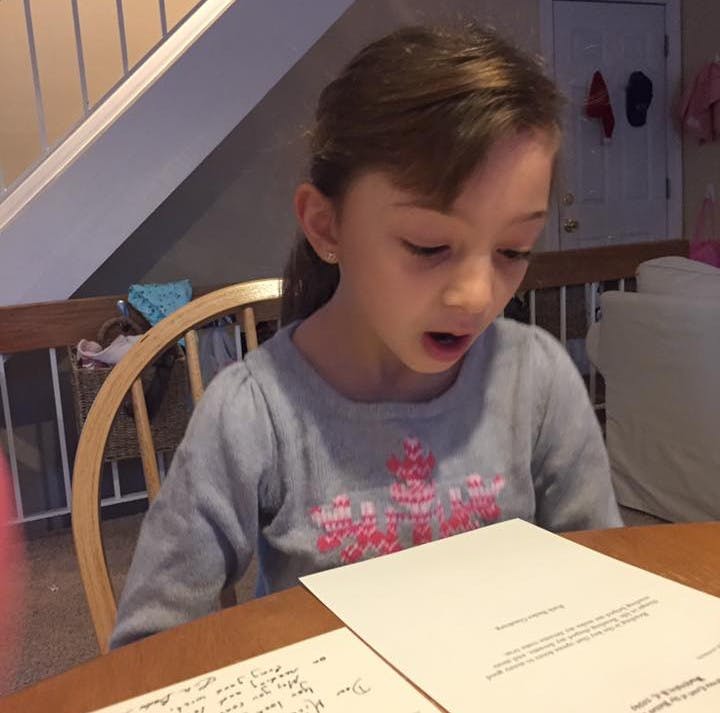 And the photo doesn’t lie. She looked supremely charmed, if a little awestruck. It just goes to show that some high-profile people, even with a lot on their plates, simply can’t resist making a child’s day. The only question now is whether any other Supreme Court justices will get the kid superhero treatment—although admittedly, kid Ginsburg sounds much cuter than, say, kid Stephen Breyer.