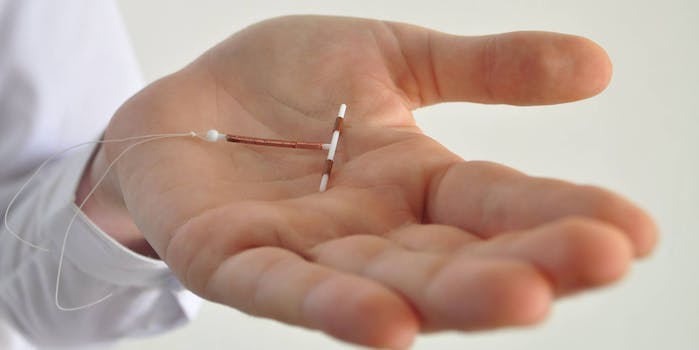 Women are rushing to get IUDs before Trump takes office

He wants to repeal the Affordable Care Act, which provides free birth control.

Donald Trump has said one of his biggest goals is repealing the Affordable Care Act, which has made, among other things, birth control free for millions of people. With the threat of ACA being repealed looming, uterus-owners across America are imploring anyone who can get pregnant to stock up on an IUD while they have the chance.

GET AN IUD TOMORROW

Get your IUD. If you have light periods, opt for a Paragard, which can last 10-12 years. Get your birth control that will outlast Trump.

Donald Trump has run on an aggressively anti-reproductive rights platform, and his Vice President-elect Mike Pence has instated some of the harshest anti-choice laws as governor of Indiana. “Our reproductive healthcare is always under attack,” writes Elle, “but it’s about to be a very scary time to have unreliable birth control.”

However, IUDs are not the right choice for every body, and like most birth control, they come with some risky side effects. Which is why reproductive rights are so important—everyone should have access to the care that works for them whenever they need it, whether that’s an IUD, birth control pills, condoms, or an abortion.