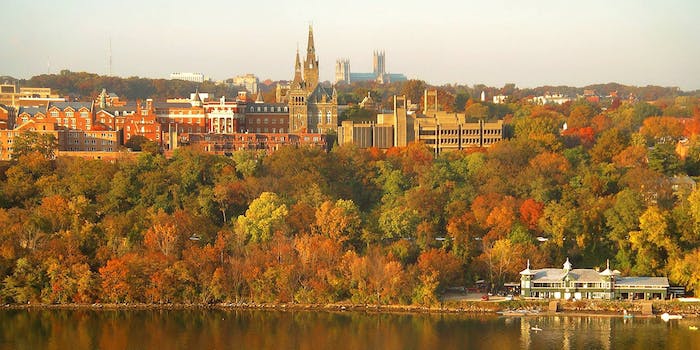 The university wants to make amends for its past—and the internet isn't buying it.

In 1838, in order to keep fledgling Georgetown University alive, Jesuit priests sold…272 slaves. Today, the university announced it’s seeking to make amends for its past by offering preferential admission to the descendants of slaves.

The university is also planning on issuing a formal apology to “create an institute for the study of slavery and erect a public memorial to the slaves whose labor benefited the institution,” according to the New York Times.

University President John J. DeGioa is expected to give a speech later today discussing the university’s new policies. Meanwhile, Twitter reacted with a storm of opinions, ranging from criticism of the policies to arguing that they don’t go far enough for a sale that would be roughly worth $3.3 million today.

Legacy status is good but… establishing $3.3M endowment for their descendants would be right too. https://t.co/0kVnNS1Z7u

and the people who lose their spot because of someone else's edge are victims of oppression….

Opinions were equally split on Facebook, where commenters voiced their reactions to the university’s announcement, with some calling it a PR stunt and others saying, “newsflash, everyone was brutal to everyone 200 years ago.” 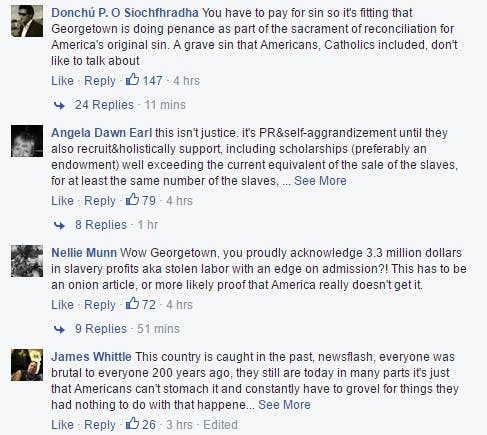 Many also noted that the school’s atonement measures should have included scholarships for slave descendants.