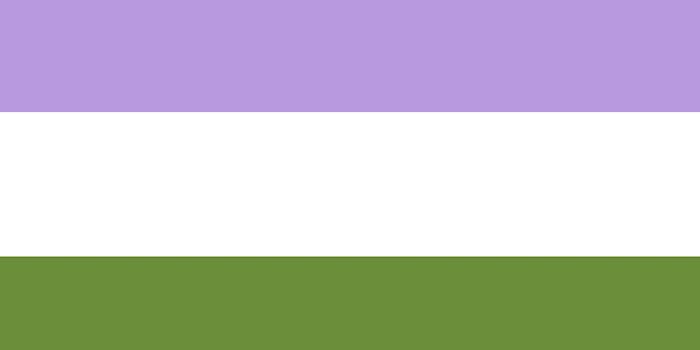 A California teen has died of suicide after he was harassed on the social media app Kik, according to his parents.

Fourteen-year-old Kyler Prescott, who was non-binary and used the pronouns “he/him” and “they/them,” is the ninth reported genderqueer or transgender teenager to die of suicide within the last five months, and the third within the San Diego region.

In the wake of Prescott’s death on May 18, the family has raised nearly $10,000 through GoFundMe to cover his memorial service and plant “a pollinating garden to honor Kyler’s love of bees.” A memorial page has also been set up for Prescott on Facebook.

Speaking to KGTV, Prescott’s mother Katharine Prescott emphasized that Kyler had battled with serious depression and self-harm since puberty. According to Prescott, her child’s mental health backslid around Easter, after he experienced serious bullying on Kik.

This is not the first time that Kik has been linked to bullying. As a popular method of communication between teens and preteens, it also serves as a vehicle for abuse. In 2013, a 12-year-old named Rebecca Sedgwick was bullied for months on Kik and Ask.FM. She ultimately broadcast her intent on Kik before successfully completing a suicide.

Curbing teen bullying on social media platforms like Kik is especially important for trans and non-binary communities. Among transgender and non-conforming individuals, rates of suicide and attempted suicide are staggering—nearly nine times higher than the national average. Most of these attempts will occur before these individuals reach adulthood.

“It tells me how hard a road these kids are walking, and that’s why they need to be supported, by both family and the community,” Prescott told KGTV. She also stated that her child’s death had left her feeling “broken inside.”

“It tells me how hard a road these kids are walking, and that’s why they need to be supported, by both family and the community.”

Although Katharine Prescott told KGTV that Kyler identified as a boy, a family friend named Ryan Zentmyer, who goes by the prnouns xe/xem and spoke at his funeral Sunday, insisted on Tumblr that Kyler was non-binary. Zentmyer told the Daily Dot through Tumblr that xe knew Prescott from the Hillcrest Youth Center. Xe pointed out that Prescott’s Instagram handle is genderqueer_pagan_pride, and that he self-identified as “He/him or they/them,” and as “Trans*/genderqueer.”

Prescott is the first reported non-binary suicide this year. Since the death of 17-year-old Leelah Alcorn on Dec. 28, an alarmingly high number of transgender teens have died by suicide. These include the February deaths of 15-year-old Zander Mahaffey, 19-year-old Aubrey Shine, 16-year-old Ash Haffner, and 19-year-old Melonie Rose; the March suicides of Sage David and 18-year-old Blake Brockington, the nation’s first transgender homecoming king; and the April suicide of popular YouTuber, 16-year-old Taylor Alesana.

The deaths of Alcorn, Mahaffey, Shine, and Brockington all involved social media. Each of them broadcast messages regarding their state of mind prior to their death, in some cases queuing posts to publish on Tumblr after the fact.

Although Alesana did not address her intent to harm herself on her YouTube channel, in the past she had spoken freely on her platform about the harassment she received and the personal endangerment she felt.

In addition, Turkish young adult Eylül Cans?n, 23, died in February after uploading a video message to Facebook. That same month, 13-year-old Damien Shrum’s use of Instagram to publicize his attempt prompted an anonymous phone call to police, who intervened in time to place him under medical care.

Prescott did not broadcast his decision to take his own life on his Instagram account. But his mother stated that the Kik harassment had impacted his decline.

“He said, ‘Mom, they said horrible, sexual things and told me I shouldn’t be alive,'” she stated.

The Cyberbullying Research Center has information on blocking and preventing bullying on Kik and other social media apps.

“We shouldn’t have to bury our youth,” Zentmyer stated.

Editor’s note: This post has been updated to include the pronouns preferred by Zentymer.