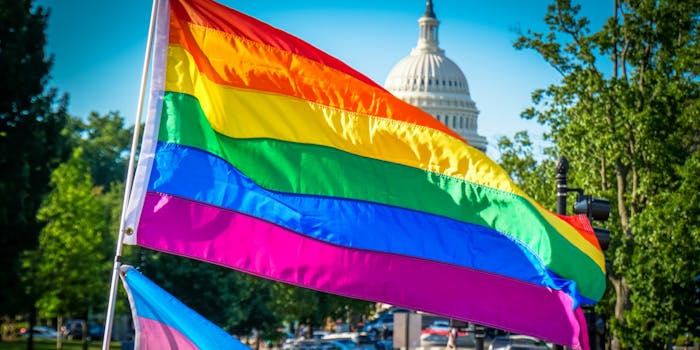 The teacher had also asked about LGBTQ anti-discrimination protections.

Two weeks before a Texas elementary school art teacher was placed on administrative leave, text messages show that a parent had complained to administrators about the teacher’s sexual orientation, the Star-Telegram reported.

Though Charlotte Anderson Elementary School teacher Stacy Bailey was placed on leave on Sept. 8, the Mansfield Independent School District released a statement on Tuesday about its concern that she “insists that it is her right and that it is age appropriate for her to have ongoing discussion with elementary-aged students about her own sexual orientation, the sexual orientation of artists, and their relationships with other gay artists.”

The Star-Telegram also uncovered text messages sent on Aug. 23 that Anderson principal Sheira Petty told another employee only identified as “Donna” that a parent had asked questions about Bailey’s sexual orientation to Mansfield Superintendent Jim Vaszauskas and the school board.

Donna: “Do I remember correctly that something similar has occurred in past years?”

Petty: “Not to [t]his extent. She has said she had a girlfriend and she showed a slide show of her friends that included a girlfriend. In talking with HR it was always determined I was NOT to tell her she can’t say certain things. To my knowledge she has never gone to this extent.”

Donna: “Call [Associate Superintendent] Kim Cantu for guidance. I will let Dr. V know we are working thru HR on how best to handle the parent’s concern, employee’s rights, & appropriate administrative action.”

Shortly after, Bailey asked the district for added protections for LGBTQ students and employees to be added to the district policy—and she was placed on the leave.

In response to the text messages, the district stated that after complaints against Bailey were received, administrators met with her more than once. The district said the issue is “parents’ rights pertaining to topics of religion, politics and sex/sexual orientation”—not an issue with Bailey’s inquiry into nondiscrimination policies.

In a previous statement, the district stated it doesn’t condone discrimination nor harassment. While the school district originally said it doesn’t comment on personnel matters, “misinformation” about Bailey’s leave “has created disruption to the Charlotte Anderson Elementary School educational environment,” the district shared in a statement to Dallas Morning News.

Bailey’s attorney, Jason Smith, challenged the district’s assertion, stating that on one occasion Bailey had told students about her wife, as any other teacher would do.

“It’s sad that Mansfield ISD issued a statement with multiple falsehoods to try and deflect the increasing parent pressure to bring back Miss Bailey,” Smith told the publication.

Another attorney for the teacher, Giana Ortiz, told the News that the district falsely speaks for her client in saying Bailey “insists that it is her right” to talk to students about her sexual orientation and that Bailey never received directives to change her behavior, nor refused to follow directives.

“The fact is that she was placed on leave after years of exemplary work based on a single parent complaint,” Ortiz wrote.

At a Mansfield school board meeting on Tuesday, three dozen of Bailey’s supporters, including her wife, father, and sister, brought up the topic of LGBTQ protections. They also included an online petition for such protections with more than 1,000 signatures, with eight attendees asking the district to address the anti-discrimination policy and Bailey’s leave.

Video of those who came to tonight’s Mansfield ISD board meeting in support of art teacher Stacy Bailey. About 8 ppl spoke to spoke to board pic.twitter.com/zpIDS74KX1

“It is so appreciated, and it shows how the family Charlotte Anderson Elementary is,” Julie Vazquez, Bailey’s wife, told the News. “They support each other, they love each other and are there for each other.”