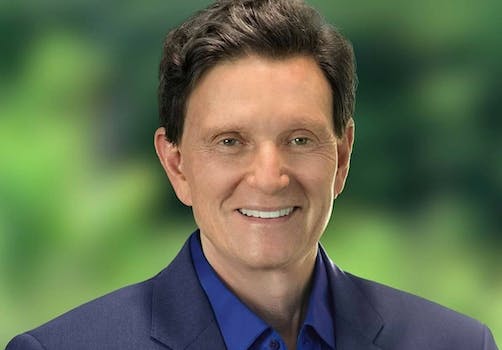 Marcelo Crivella, previously a bishop for the Universal Church of the Kingdom of God, was sworn in as the new mayor of Rio De Janiero on New Year’s Day, despite his intolerant views on homosexuality and abortion in what has long been seen as a relatively progressive city.

Crivella’s most far-fetched sermon included a theory that children who are born despite their mother’s attempts to “kill” them in utero (aka an unsuccessful abortion) turn out to be gay. “Imagine being in your mother’s womb and your mother, for a number of problems, trying to kill you—and not being able to,” he said. “How are you going to face the world later? It’s difficult.”

He has also described gay people as “victims of terrible evil,” and in his 1999 book, Evangelizing Africa, Crivella wrote, “When the father dies, the spirit [of homosexuality] can be manifest in his son who readily neglects his wife and children to pursue this evil conduct.”

Crivella won the November elections against his socialist opponent Marcelo Freixo with almost 60 percent of the vote, during a time when many conservative politicians are winning offices around the country. But his staunch opposition to LGBTQ rights and protections is not a reflection of the city as a whole. Rio, the second most-populated city in Brazil, is home to the largest concentration of non-heterosexual males in the country, with about 20 percent of its population identifying as gay or bisexual men. This summer, Rio also hosted the historic Olympic games that featured more out LGBTQ athletes than ever before.