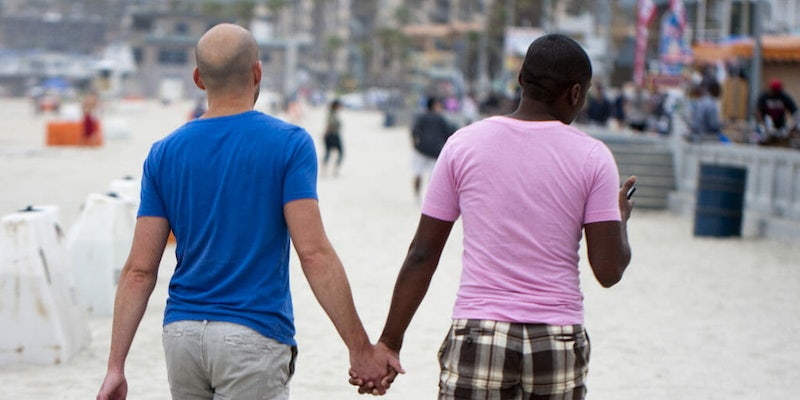 LGBTQ activists have been championing gay marriage for years, and for a good reason. A University of Washington School of Social Work study found that, among adults from 50 to 100, married same-sex couples experienced a wide range of benefits that improved their mental, physical, and financial well-being compared to non-married LGBTQ people.

By comparison, single elderly LGBTQers were more likely to have lower psychological and social support and their overall environmental conditions were not as great as married couples. LGBTQers in a long-term committed relationship experienced some of the benefits of married couples, but married gay participants fared the best overall.

It doesn’t hurt that gay marriage is the law of the land, either. Social Security and tax exemption benefits are now open to gay couples thanks to gay marriage’s legalization, too, improving quality of life.

Even though gay couples are happier and have better lives while married, conservative opponents are still actively looking into ways to impede gay marriages. In North Carolina, legislators have introduced a bill that would ban gay marriage outright if it passes. Meanwhile, a Texas bill allows elected officials to pass on issuing gay marriage certificates under religious freedom. Even though gay marriage clearly makes queer Americans happy, the fight isn’t over for LGBTQ people looking to tie the knot.

Even though gay marriage clearly makes queer Americans happy, the fight isn’t over for LGBTQ people looking to tie the knot.