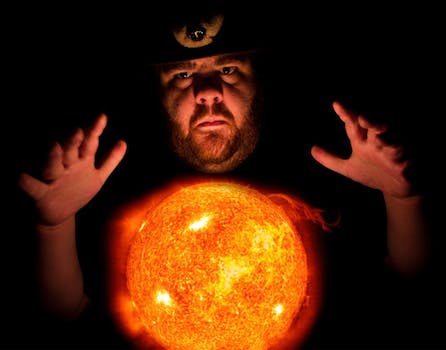 The Frogman, real name Benjamin Grelle, wants Imgur site to add an atttribution system that would give credit—and traffic—to creators like him.

Despite having his original content stolen and hosted on Imgur, an image hosting service, more than 200 times over the last three years, Tumblr icon Benjamin “Frogman” Grelle is not mad.

He understands that it can be difficult crediting the content source depending on a site’s structure, and realizes that the content thieving community can be relentless.

“I can’t tell you how many times I get someone from Reddit telling me I stole something from Reddit,” Grelle told the Daily Dot. “One time someone told me I stole a picture of myself from Reddit.”

What Grelle is upset about is how Reddit and Imgur, which hosts a majority of images that appear on the social news site, have no easy way of crediting a source without pissing off the community.

“You cannot message the [Reddit] mods and have them change the link,” he said. “You cannot contact Imgur and tell them to add attribution. You can only have them delete the post and then you end up looking like a jerk.”

While many content creators shrug off thievery as a harsh consequence of the Internet, Grelle takes it seriously. The 30-year-old was diagnosed with chronic fatigue syndrome about seven years ago. With the inability to hold down a regular job, he took to Tumblr in 2009 where the traffic from his hilarious GIFs and images has helped him earn a modest living from his parents’ basement.

On Aug. 10, Grelle sent a message to Imgur asking for $10,000 in compensation. He came up with that rough number using the amount of money he receives on his personal site per 100,000 pageviews, multiplied by the number of posts on Reddit, and minus $10,000 because Imgur’s “bandwidth is expensive.”

“I have Paypal but I’d rather receive it as one of those giant novelty checks,” Grelle wrote in his message to Imgur, which he posted on Tumblr. “Or…maybe you would consider adding an attribution system to your service.”

Grelle never received his giant check, but he didn’t expect to anyway. He just wanted to start a conversation. On Tuesday Sarah Schaaf, Imgur’s director of communications, responded.

“We are currently planning to add an attribution system to the gallery. This feature is not yet ready for implementation, but we look forward to offering credit to those who deserve it once the system is perfected,” Schaaf wrote.

“We cannot moderate every image that comes through our system, so the best we can do for now is to remove the image. We respond very quickly to DMCA complaints (usually within the same day). If you are unhappy with your images being displayed on Imgur, feel free to submit a DMCA complaint including the links to the infringing material and we will happily have all of it removed. I’m truly sorry that you have felt exploited by Imgur.”

Grelle has tried watermarking his content in the past but did not see any increase in traffic. Not to mention, the marks can easily be removed in almost any image editor, he added. What he has done to fight the thieves is to include his face (and his iconic bear hat) in many of his creations.

For now he continues to fight the good fight with the hopes of keeping his illness at bay long enough make a little scratch.

“I think if my audience grows as consistently as it has been, I will eventually make enough to support myself,” Grelle said. “It’s just frustrating to know that I could already be there if sites like Reddit and Imgur would make small changes to their attribution policies.”