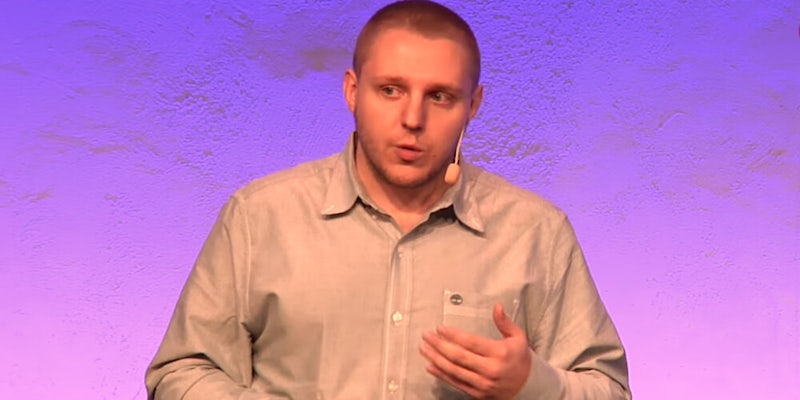 'I have a moral and ethical obligation to prevent my source from being used for evil.'

A former code developer at a software company deleted his code from its systems after finding out about its alleged ties to Immigration and Customs Enforcement (ICE).

Chef–a Seattle-based company that sells software to big names like Google, Facebook, and Capital One–was outed for having a contract with ICE by activist Shanley Kane. The contract has brought in about $95,000 for the software company.

“I know some of you are seeing this need to be getting on your keyboards and emails and phones. we’re all responsible to handle this,” Kane wrote in a follow-up tweet.

Chef employees were perturbed by Chef’s silence in the aftermath of the revelation. That seemed to extend to former employees because a former code developer for the company, Seth Vargo, deleted his codes from two repositories in protest, making it more difficult for Chef’s clients, like ICE, to work with its software.

“On 2019-09-17, Chef was found to have entered into an agreement with US Immigrations and Customs Enforcement (ICE), best known for their inhumane treatment, denial of basic human rights, and detaining children in cages,” Vargo wrote on GitHub. “In response, I have removed my code from the Chef ecosystem. I have a moral and ethical obligation to prevent my source from being used for evil.”

Vargo then urged both Chef customers and readers of the post to contact the company and relay their disapproval with the contract.

“I apologize for the disruption to your workflow. I will be happy to restore the old repository and gem versions if Chef cancels their contract with the agency,” he added.

Vargo’s move did disrupt workflow and prompted Chef CEO Barry Crist to send out a mass email to employees, which has also been made public.

“Today has been a difficult day for the Chef community, our customers, and most importantly you, our employees. Earlier today, a former Chef employee removed several Ruby Gems, impacting production systems for a number of our customers. Our entire team has worked to minimize customer downtime and will continue to do so until we restore services to 100% operation,” Crist wrote.

Crist went on to explain that Chef began working with the U.S. Department of Home Security, and therefore ICE, during the Obama administration.

“I want to be clear that this decision is not about contract value—it is about maintaining a consistent and fair business approach in these volatile times,” he wrote. “I do not believe that it is appropriate, practical, or within our mission to examine specific government projects with the purpose of selecting which U.S. agencies we should or should not do business.”

Crist made no mention of future plans to cancel, or even reevaluate, Chef’s contract with ICE.

“And to be clear: I also find policies such as separating families and detaining children wrong and contrary to the best interests of our country,” Crist wrote.

Another user pointed out that Chef isn’t the only company to profit from working with ICE. Microsoft has raked in $4.6 million, IBM has received $1.6 million, and CISCO has received about $500,000 through their work with ICE.