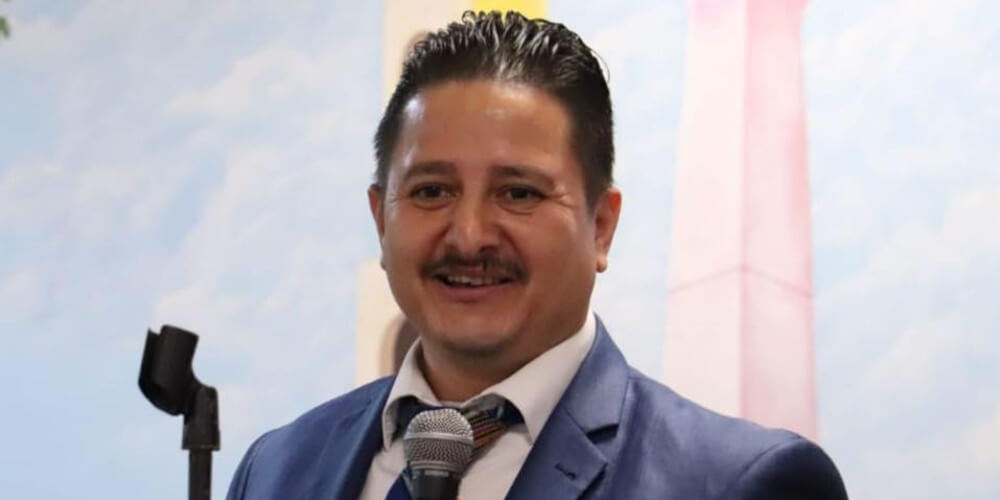 A Guatemalan father of five and revered member of his community has been detained by Immigration and Customs Enforcement (ICE) within weeks after he invited ICE members, among others, to a community meeting organized to address people’s rising concerns about immigration, according to reports.

Roland Gramajo, 40, organized a community meeting in southwest Houston, Texas, in August, as President Donald Trump’s orders for ICE raids riled up communities across the country, the Houston Chronicle reported.

On Thursday, he was arrested near his home and is facing deportation, the New York Times reported. It’s unclear if ICE members accepted the invitation and officially attended the community meeting. Some attendees reported that they’d seen some men, seemingly out of place, take photos of Gramajo, which some now believe were ICE agents “secretly” attending the meeting, the Times reported.

Gramajo first came to the U.S. in 1994 and outstayed his tourist visa. In 1998, he pled guilty to burglary charges. His daughter says it was a practical joke with a friend, who eventually wanted to drop the charges, that spun out of control. The case went ahead anyway, and he was deported in 2004.

He crossed back months later, without documents, and has since lived in the country. He went on to work as a notary, and was widely engaged in the community—helping new immigrants, raising funds and toys for underprivileged children, translating documents for new immigrants who didn’t speak English, and working on mental health outreach, according to the Times.

In 2018, Houston’s mayor Sylvester Turner declared May 17, 2018 as “Roland Omar Gramajo Reyes Day in Houston, Texas,” commending him for being a “remarkable man who finds time to raise his family and … his selfless volunteer efforts … inspire the community to become future humble, honest and protective leaders of this great city.”

His local and public recognition, not just among his peers and the community, but even the mayor, is all the more reason his family remains in shock about his arrest.

“We never thought this would happen to us,” his daughter told the Times.

At a press conference organized by the family and streamed on Facebook, his friends and family talked about his work and the commendation he’s received over the years from the community and local government.

Nelvin Adriatico, a candidate for city council and a friend of Gramajo, pointed out the shared fear everyone in the community is feeling under the current political climate, exacerbated by Gramajo’s arrest:

“This city used to be a welcoming city but for some reason everything has changed, everybody is getting scared, everybody is fearing,” he said in the video which has been viewed thousands of times. “Especially the Hispanic community is scared that family are going be torn apart, kids are going to be separated with their families, with their parents.”

“Roland and I…came to this country as an immigrant, he’s an immigrant,” Adriatico said in the Facebook press conference. “All we want to do is to have a good life in this country, is to provide for our families.”

He also said Gramajo stood with the Guatemalan community because of the community’s fears regarding immigration. Gramajo, Adriatico said, “put himself out there, knowing what it’s going to do to him.”

He added that Gramajo was often the first person in situations of crisis, “no questions asked.”

Gramajo’s children are raising funds for him on Facebook, as well as through GoFundMe.

My dad is Roland Gramajo he got detained today September 5th 2019 @ 8 am. My dad has helped the Latino community and...

While some called to raise funds for Gramajo and share their support on Twitter, most ridiculed his circumstances, repeatedly using this 2004 deportation as rationalization for his current status. They seem to have ignored his years of hard work in the community since his return, including his work in the aftermath of Hurricane Harvey to assist communities in need.

Yet every day, I see how @ICEgov continues to rip families apart and traumatize #Immigrant communities in #Houston and across the country.

What’s radical is seeing someone like Roland, who only knows this country as his home, at risk of deportation.https://t.co/BKbsn0JZWx

ICE told the Times in a statement that they had no members attending Gramajo’s community event and said they targeted him after receiving an “anonymous tip” about his whereabouts, not after he invited them to his community event.

Even though he had been deported once before, Gramajo still seems to have had faith in the system. His wife told the Times the reason he wanted to invite ICE members to the community meeting is that “he just wanted to get the word across to the Latino community that they’re not all bad people.”