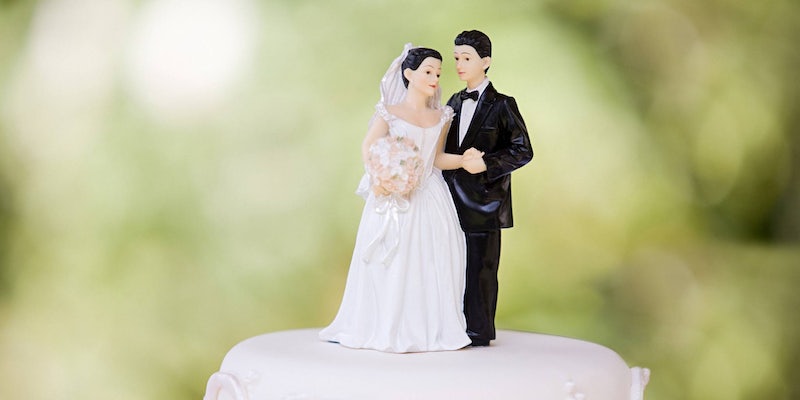 Nope, a Florida man did not marry his granddaughter

Despite what multiple outlets are reporting, the original news source is likely a fake.

Earlier today, sites like Cosmopolitan and the Sun aggregated a story credited to the Florida Sun Post, which reported that a 68-year-old man had married his 24-year-old granddaughter. Their biological relation was unbeknownst to both of them until, according to the story, they were flipping through a photo album together and she saw a photo of her estranged father, who happened to be her new husband’s son.

The story had everything you wanted in a bit of juicy gossip: incest, mistaken identity, Florida. But according to some sleuths on the internet, it’s totally fake.

The Twitter account @_FloridaMan, which chronicles the weirdest Florida news, tweeted that floridasunpost.com was only registered three days ago, implying that there’s no way it could be a credible news outlet. “Congrats on being gullible,” he smugly joked, as if this isn’t the exact type of story his Twitter account makes everyone believe would happen in Florida.

Hi @ComplexMag, the site you pulled this from was only created 3 days ago and the story is probably fake. Congrats on being gullible pic.twitter.com/A7Tmcs0d89

The Daily Dot has reached out to the Florida Sun Post regarding the story through a contact form on its website, which, after hitting “submit,” said “Thank you for contacting Boston Leader.” You may remember the Boston Leader for being the site that started the fake story about the baby gorilla named “Harambe McHarambeface.” So yes, this story is probably fake.

However, it was also incredibly easy to believe, because Florida’s open government laws have made everything ridiculous that happens in Florida easy to report on. “Since 1909, Florida has had a proud tradition that all government business is public business and therefore should be available to the public,” says the Miami New Times. “That means all records, including photos and videos, produced by a public agency, are easily accessible with a few narrow and obvious exceptions.” Weird news happens in every state, it’s just easier find in Florida.

So, the next time you hear about a “Florida man” baking a “Sorry I tased you” cake or trying to marry his laptop, remember he could just as easily have been a North Dakota man. And for now, we can all rest knowing that there is one less 24-year-old married to her grandpa.