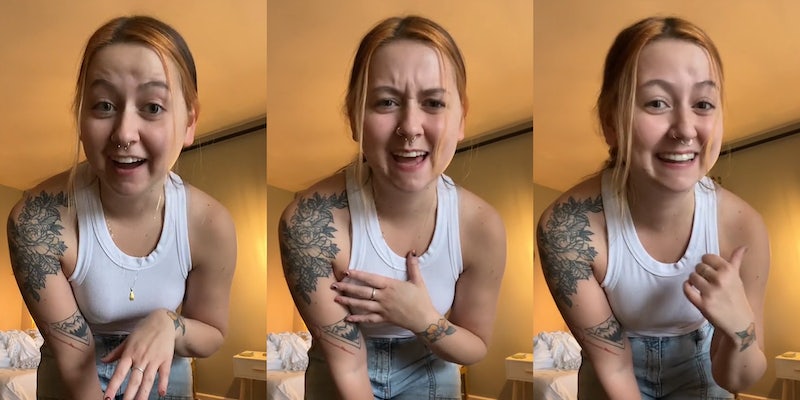 'If that’s the case then they should probably just let everyone go who has a job ever.'

A TikToker is opening up about the unexpected reason she says her job gave for firing her earlier in the month, and viewers are really feeling it.

Employers in the United States have loved moaning about how nobody wants to work these days, something that is extremely suspect, at best, and disputed anecdotally by people working multiple jobs, spending months sending out applications, and repeatedly pointing out that working conditions are often to blame for poor employee retention.

That said, one would think employers would be keen to hold on to any workers they can, if it’s allegedly so difficult to find new ones.

That wasn’t what @stoneypnw experienced when her job working for an RV company allegedly cut her loose… for being unhappy.

“I got fired today because they said, ‘We know you’re not happy here, so we’re going to let you go,’” she recounted incredulously on TikTok. “I didn’t know you could get fired for being unhappy in the workplace.”

While the TikToker seemed surprised at the turn of events, a number of viewers expressed they actually dealt with similar situations.

“I was once fired for the same reason and ended up winning a lawsuit against them for unfair dismissal,” @mhm.agency wrote, while another TikToker said the same thing happened to her sister.

Others found it just as wild as @stoneypnw, with @larshoneybuns cheekily observing, “If that’s the case then they should probably just let everyone go who has a job ever.”

“That’s code for ‘you complain about accurate things too much,’” suggested @tyrilean.

“They really said…we could try and make it a better environment and try to understand why you’re unhappy but instead?? Let go,” @skyysayss chimed in.

In a follow-up video, @stoneypnw insisted there was nothing else she had done to constitute a “full story” of what actually caused her to get fired, although she did note the company was trying to cut hours, suggesting there may have been financial issues at play.

“My manager pulled me into a meeting room and said, ‘Can I talk to you?’ HR comes in, and they say, ‘We know you’re not happy here, so we’re going to cut ties. We’re going to pay you for the rest of today, tomorrow, and Wednesday, and you can go back your stuff,’” she recalled. “And I said OK, and I packed my stuff. That’s all that happened. It’s really not deeper than that.”

The Daily Dot has reached out to @stoneypnw via TikTok comment.