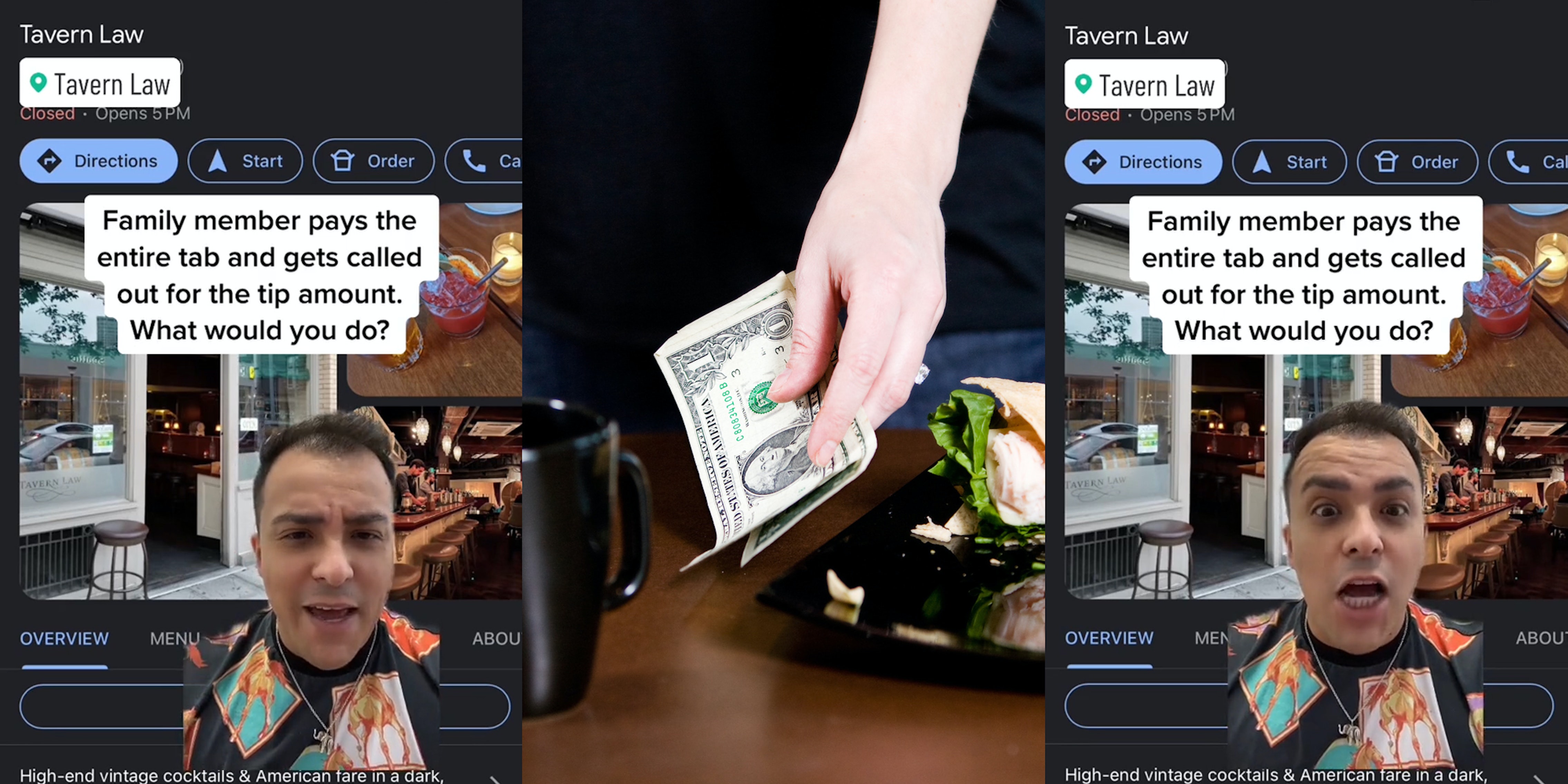 ‘His face went red. Like, they were calling him out in front of all of us’: Man says server called out family member for leaving 6% tip on $600 tab

'Was the service not good?'

A debate has erupted on TikTok after a user claimed that a restaurant called out their table for leaving a 6% tip on a $600 bill.

In a video with over 61,000 views, TikTok user Jose (@josezerpa_styles) says that his family had gone to Seattle’s Tavern Law for drinks and appetizers.

At the end of the meal, the total came out to around $600, which one of Jose’s family members offered to pay.

A few minutes after handing off a credit card to pay the bill, something unexpected happened.

“About four, five minutes later, somebody else comes up, a guy I have not seen the whole night—must have been the manager in the back or something,” Jose recalls. “[He] says to the table, ‘hey, we noticed that you only tipped 6%. Was the service not good?’”

This reveal caused considerable embarrassment for the person who paid the bill, Jose says.

“My family member who paid…His face went red. Like, they were calling him out in front of all of us that he only tipped 6%,” Jose shares.

The TikToker says the family then told the staff that the service was good and that they planned to leave more of a tip in cash, with Jose telling the family member not to feel bad about the situation. Still, Jose says that the staff ignored them after the incident.

“What would you do?” Jose asks in the video’s caption.

“If the restaurant calls me out for the tip left, I will ask them to change the tip amount to 0,” claimed one user.

“Very unprofessional for them to bring it up in front of everyone,” stated another. “Now I’m embarrassing everyone and getting my tip back & maybe something comp’ed.”

“Nah that’s awkward and could have been handled differently by the manager. It’s very generous for your family to pay,” agreed a third.

Still, some said that Jose and the rest of the family should have offered to cover the tip.

“If someone pays for a $600 tab, as an act of gratitude I would at least pay for the tip,” stated a commenter. “Everyone in that table should’ve offered to pay something.”

“When someone in the family gets the bill for everyone the rest got the tip,” echoed a second.

In response, Jose said that he agreed—he just thought the situation could have been handled better.

“I agree but that made it soo awkward for all [especially] the one that paid,” he wrote in a comment. He added in another comment, “like I said we had cash to tip, he offered to paid for all of us and then gets called out.”

That said, some users took the side of the restaurant.

“Imagine that. a party of 5 tipping 6% and complaining about staff asking for feedback to justify why the waitress has to go home with zero dollars,” said a commenter.

“The manager/staff are trying to correct for a poor experience, which the low tip signaled. That’s good service,” alleged an additional TikToker. “No one is trying to humiliate yr fam.”

“I’m a manager at a high end restaurant. We would have asked the same thing but it would not have been asked in front of the table,” claimed a further user.

“I can confirm there was an incident on Sunday night. Our staff member approached the table to get feedback and see if there was any way we could rectify any shortcomings of our service or product. Additionally, they wanted to ensure our guests were aware that gratuity was not applied to the tab in case they had mistaken the tip as above and beyond a gratuity,” he explained. “Our venue is split into 2 different spaces; one space has a gratuity that is applied to every transaction and the other only has gratuity applied to parties of 6 or more. They did not mean to embarrass or offend our guests.”