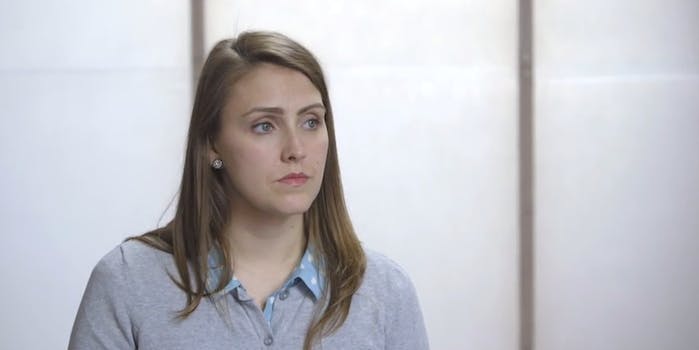 They're not buying it.

We finally have an answer to those manipulative Dove ad campaigns paraded as social experiments.

In the parody ad from Above Average, three women are put face to face with a monster that’s supposed to represent their insecurities. But instead of just looking at themselves or being awed at how beautiful someone else found them, it’s a literal monster—or a man dressed in a gorilla suit.

Unlike the women showed in the regular Dove ads, these women aren’t buying the bullshit.

“You fell for our weird psychology experiment, and it showed you you’re not actually a hideous monster,” the pseudoscientist said. “So where’s our Nobel Peace Prize or whatever?”