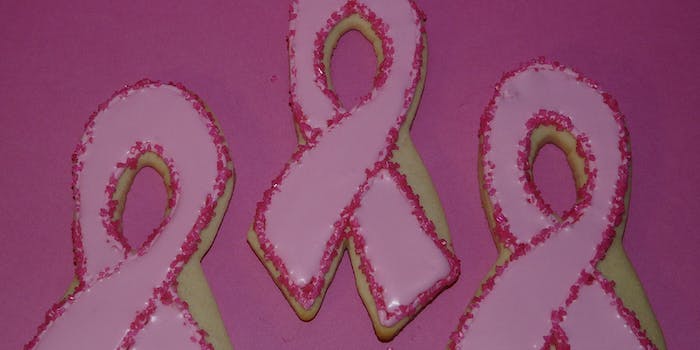 Here's everything you ever wanted to know about a potentially life-saving surgery.

Your typical operating theater doesn’t have room for all that many observers, but thanks to the magic of Twitter, a plastic surgery group was able to invite the entire Internet to follow the double mastectomy of a patient at high risk for breast cancer.

Preop: Melissa talks about her decision to have a mastectomy to reduce her risk of breast cancer by 98%. #BRCAdiep pic.twitter.com/8jJfefELHf

Melissa Ray, a 39-year-old Arizona mother of two who tested positive for the breast cancer gene and lost her own mother to the disease, had traveled to a San Antonio hospital for the preventative procedure, which became a hot topic in May after Angelina Jolie published an op-ed about deciding to undergo the operation herself.

Our patient today says her decision wasn’t extreme, but necessary due to family history and positive #BRCA test. #BRCAdiep

Doctors Minas Chrysopoulo and Steven Pisano of PRMA Plastic Surgery, which “specializes in advanced breast reconstruction after breast cancer,” teamed up for Ray’s surgery. Their every move was described on Twitter (and sometimes photographed), along with facts about the cancer-causing BRCA mutation and DIEP flap, the type of breast reconstruction Ray had chosen.

Dr. Pisano just finished dissecting one of the flaps with a single perforator. #BRCAdiep pic.twitter.com/CJv4U0FWWR

The mastectomy and reconstruction were a success, with the patient in good condition that evening. According to mySanAntonio, Dr. Chrysopoulo commended Ray for her willingness to help raise awareness about breast cancer and the various options for women who have it or are at risk. “It was very brave of her,” he said, “and can prove helpful to other women who are trying to make a decision.”

But the most surprising revelation to come out of this whole experiment? Surgeons dig prog-rock:

We’re listening to Muse on Pandora today in the OR. One of the physicians favorites! #BRCAdiep

Come to think of it, Music For Live-Saving Surgery would make a pretty sweet album title.